Two classic cars are on display at the Cleveland Museum of Art exhibit titled “The Jazz Age: American Style in the 1920s”

First is the Cord 812 Phaeton Roadster, 1937 from the Auburn Automobile Company of Auburn Indiana. The model 812 front-wheel-drive Cord (along with the 810) made its debut at the 1935 New York Auto Show and was an immediate success. 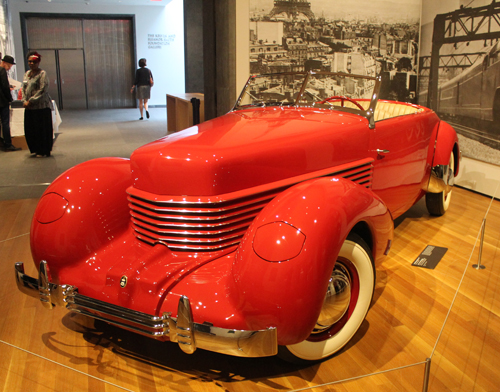 The other is the Piccadilly Roadster, 1925. Rolls-Royce. Manufactured with American parts in Springfield, MA, 1924–25. The American market for luxury automobiles grew so rapidly that by 1920 Rolls-Royce had purchased a manufactory in Springfield, Massachusetts, to assemble cars for its wealthy American clientele. The original owner of this roadster was a woman in Rye, New York, who paid over $15,000 for it in 1926. 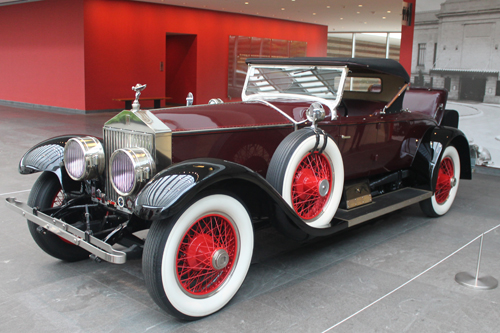