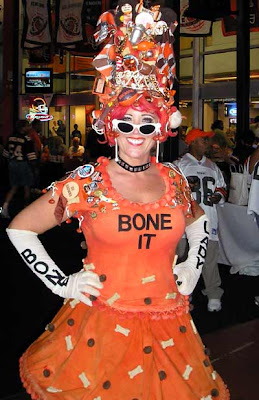 It's painful watching the Browns - especially when we had such high expectations this year.

But take some good advice on dealing with disappointment in sports and in life from none other than the Bonelady.

The Bonelady is a regular columnist on our sister site, ClevelandWomen.com and she offers surprisingly good advice for someone wearing dog bones.

Here's her intro column and here's one after the loss to the dreaded Steelers. 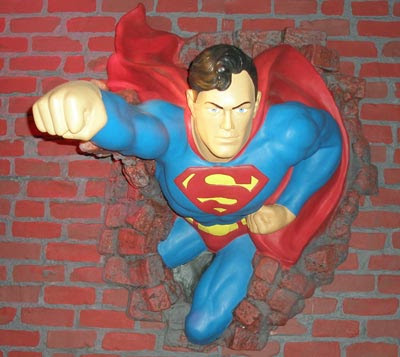 There's a terrific new exhibition at the Maltz Museum of Jewish Heritage. It's called Zap! Pow! Bam! The Golden Age of Comic Books, 1938-1950

By now you should know that Superman creators Jerry Siegel and Joe Shuster lived in Cleveland when they created and drew the Man of Steel.

The exhibit shows that many of the comic book creators were Jewish and that many of the super hero characters they created became beloved symbols of human potential and the triumph of good over evil.

Bring the kids - there are some fun activities for them too - rides in the Batmobile, a chance to draw the Joker and others, costumes to wear and a phone call from Superman himself.