When mathematicians get hungry

While we are talking math... 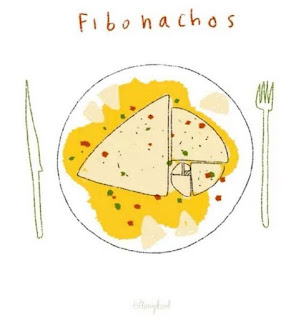 Note - the real Fibonacci number image would be: 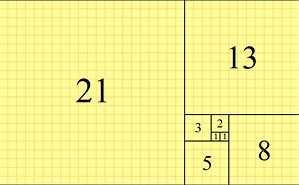 The best way to get girls 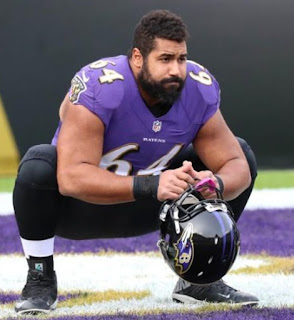 Email ThisBlogThis!Share to TwitterShare to FacebookShare to Pinterest
Labels: math

Rusyns and friends gathered in the Rusin Cultural Garden on Sunday July 23, 2017 for a musical picnic.

The bust of Aleksander Duchnovic became the focal point as the picnic turned into a sing-along, dance and czardas lessons accompanied by the accordion music of Tom Katrenich.

More about Rusyns in Cleveland 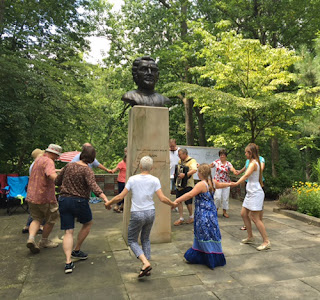 The Cleveland American Middle East Organization (CAMEO) is a nonpartisan, nonsectarian political action organization established in 1970. Each year they host a picnic for friends and candidates running for office. The 2017 CAMEO picnic was held on Sunday July 16, 2017. 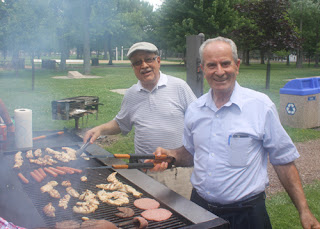 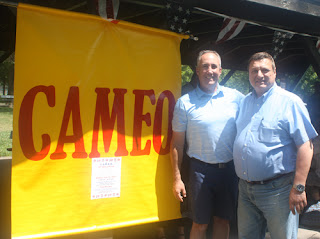 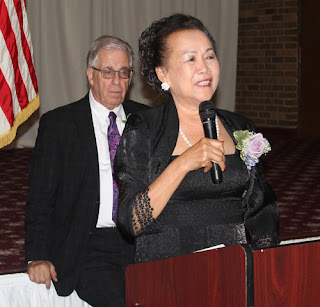 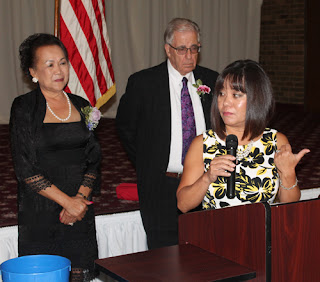 Toan Huynh has been a Cleveland school teacher for the last 36 years.

During the Vietnam War, Huynh was kept prisoner and beaten daily in a communist concentration camp.  He warned of the evils of communism in this short presentation at the American Nationalities Movement of Ohio’s 56th annual Captive Nations Dinner on July 20, 2017. 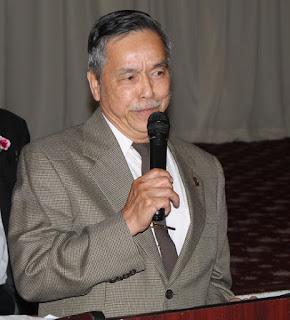 Mr. Gorbachev, tear down this wall

Mr. Smith gave a recreation of Ronald Reagan's June 12, 1987 speech at the Brandenburg Gate in Germany.

Mr. Gorbachev, tear down this wall. 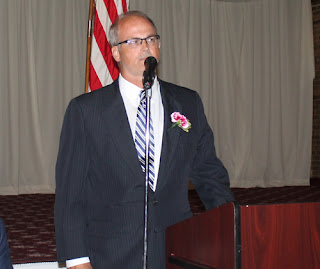 In the early months of 1959 US Senator from Ohio Frank J. Lausche and Congressman Michael Feighan had submitted the Joint Congressional Resolution 111 authorizing the United States President to issue the “Captive Nations ‘Week” Proclamation. That resolution condemned the aggressive Soviet policies that had caused the subjugation of many ‘captive’ nations to harsh communist regimes.

Then Cleveland Councilman Ralph J. Perk responded to Senator Lausche’s and Congressman Feighan’s request for support by bringing together a bi-partisan coalition of ethnic organizations that contacted nationality leaders all over the country and urged them to work for passage of Resolution 111. It took place on July 17, 1959 and was then signed by President Eisenhower.

The Resolution encouraged annual Presidential Proclamations focused on the plight of the captive nations with suggested appropriate ceremonies to be held every third week in July.

In 1990, the American Nationalities Movement held the first “freedom Celebration” and awarded “freedom” medals to its steadfast supporters including one to President George H. W. Bush. 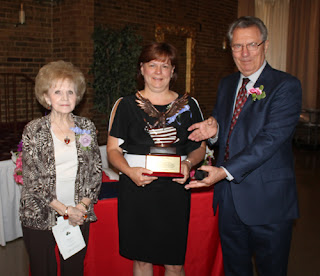 As part of a larger study of old and large white pine canopies, Northland College senior Madison Laughlin of Edmonds, Washington, documented the tree frog almost 70 feet above the ground - more than double the highest previously on record. Her findings were published in the May issue of the scientific journal, Ecology.

"This frog appears to be able to weather sun during the day in the canopy by finding shady and cool spots,"said Laughlin, who studies natural resources and geology.

As part of the study, Laughlin and her tree-climbing professors set up three motion sensitive cameras in three white pines to observe life at the tops of the trees. They have already identified 17 species of animals - squirrels, birds, mice, and tree frogs - as well as a mushroom species, a variety of insects and many lichen species particular to this special habitat. 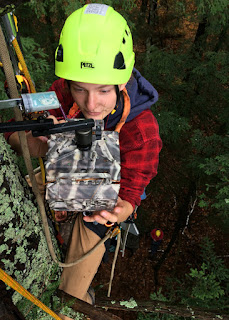 "This is research that is literally being done in our backyard," said Assistant Professor of Natural Resources Erik Olson. "That is one of the beautiful things about science - we don't have to go to the ends of the Earth to make new insights into our world."

In this case, capturing frogs in unexpected places. Tree frogs are small and similar in temperature to their environment so do not set off the motion sensitive cameras. However, flying squirrels do. And on four different occasions, flying squirrels have exposed tree frogs up high.

"It was really exciting to find something that wasn't a squirrel," Laughlin said of looking through hundreds of collected camera captures.

Laughlin says that there is a gap in what we know about tree frogs. "Oddly, there isn't much research on tree frogs in trees. Most of the research is about their breeding, which takes place in ponds," she said. "This research is helping open the door to the vertical dimension of habitat." 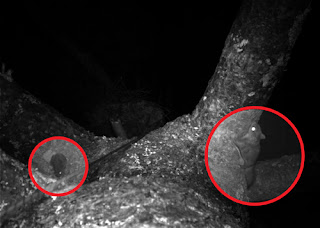 These images suggest a higher level of habitat usage in the tops of trees than previously thought. "I love forestry and forest ecology,"Laughlin said. "And I've never thought about the three-dimensional aspect of habitat - there's a lot going on up there."

Additional work is underway to describe the habitat usage of other animals high in the trees and to begin to answer the question of why tree frogs go so high.

"We're not surprised that the canopy is an important habitat, but we are surprised how many and what species are up there and how often they visit," said Assistant Professor of Forestry Jonathan Martin who is co-directing the research. "The combination of the scale and growth patterns of these trees as well as the habitat surprises gives me a renewed appreciation for the complex processes occurring high off ground."
Posted by Dan Hanson at 7/20/2017 01:51:00 PM No comments:

Judge Capers was a pioneer as the first black woman elected to the city council of any major U.S. city when she was elected in Cleveland in 1949. She was also a tennis champion among other accomplishments. She has passed away at the age of 104. 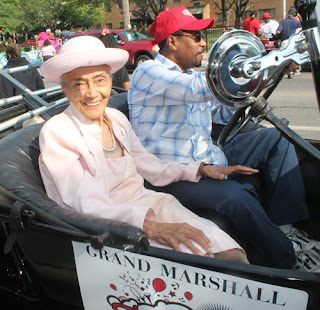 Judge Jean Capers was the Grand Marshall of the 38th annual Glenville Community Festival and Parade in 2015 when she was 102.

Councilman Jeff Johnson introduced Judge Capers at the event and she passed on some words of wisdom. 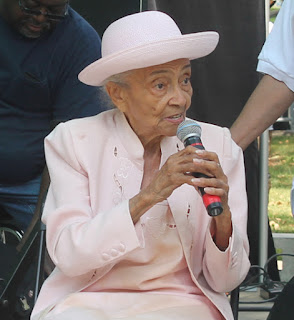 More of Serbs in Cleveland

Ranka Obrenic told about the food available at the 38th annual SerbFest at St Sava’s Cathedral in Cleveland, Ohio.  She also told about Serbian food in general such as ćevapi (grilled minced meat) and palatschinke.

Maryam Mirzakhani was an Iranian mathematician and a professor of mathematics at Stanford University.

Her research topics include Teichmüller theory, hyperbolic geometry, ergodic theory, and symplectic geometry. In 2014, Mirzakhani became both the first woman and the first Iranian honored with the Fields Medal, the most prestigious award in mathematics. The award committee cited her work in "the dynamics and geometry of Riemann surfaces and their moduli spaces". 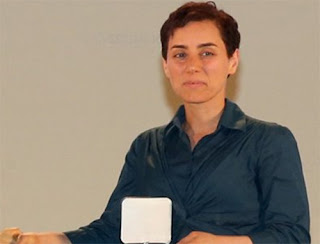 First Female Incarnation of Doctor Who

Jodie Whittaker was unveiled on Sunday as the first female Doctor Who in the program's history. 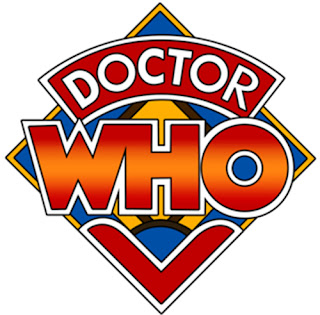 The previous incarnations of the Time Lord were played by:

Email ThisBlogThis!Share to TwitterShare to FacebookShare to Pinterest
Labels: Doctor Who, Jodie Whittaker

There is a useful Resource and Performance Monitor included in Windows 10.


Click on the Windows key and type perfmon /report (keep the space between perfmon and the slash) and press Enter.

A box pops up with System Diagnostic and says "Generate a report detailing the status of local hardware resources, system response times, and processes on the local computer along with system information and configuration data. This report includes suggestions for ways to maximize performance and streamline system operation. Membership in the local Administrators group, or equivalent, is the minimum required to run this Data Collector Set."

It will collect data for 60 seconds and then reports on Errors, Warnings, Basic System Checks and Resource Overview. There are then more reports for Software Config, Hardware Config, CPU, Network, Disk, Memory and Report Statistics with Computer Information (# of CPUs, Windows build, etc.)

Email ThisBlogThis!Share to TwitterShare to FacebookShare to Pinterest
Labels: Windows 10

Which ethnic group was most popular?

The Top 5 groups with the most visitors in June 2017 on ClevelandPeople.Com were: Hungarian, Indian, Lithuanian, Irish and African American. 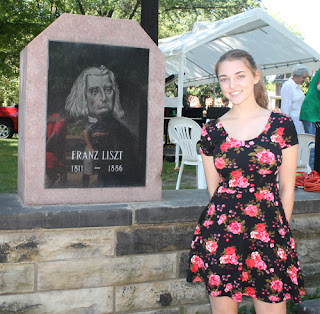 Email ThisBlogThis!Share to TwitterShare to FacebookShare to Pinterest
Labels: ethnic

Over 200 people attended the Rusyn Vatra festival in Burton, Ohio on June 3, 2017 under sunny skies to enjoy Rusyn culture, food and camaraderie. Visitors came from as far away as Dallas, Texas, Alaska and South Carolina. 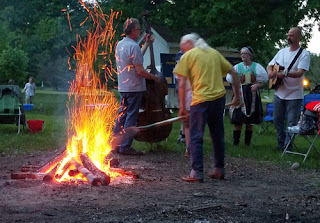 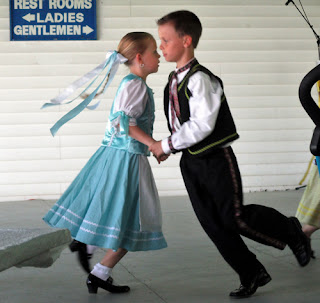 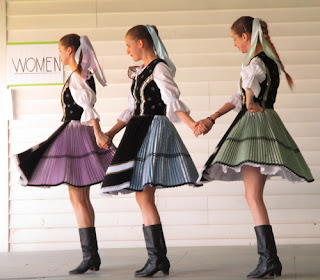 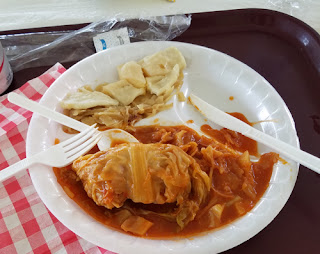