Honoring Those Who Fought For Freedom In Warsaw

Honoring Those Who Fought For Freedom In Warsaw

Seventy years ago, as American and British forces were liberating France and the Red Army was pressing forward on the Eastern Front, the people of Poland were fighting for their freedom. After five years of Nazi oppression, the Polish resistance in Warsaw launched an insurrection against their occupiers.


For two months and with little support from outside forces, thousands of resistance fighters—men, women, and even children—fought against the far better armed and better supplied German army. As one German officer later remarked, they fought to the very last bullet. Before it was over, more than 16,000 resistance fighters would give their lives. In retaliation for this act of defiance, hundreds of thousands of Polish civilians were murdered by the members of the SS. When the Red Army finally did arrive, what should have been a liberation turned into yet another form of captivity, and for the next 45 years, Poland endured the oppression of Soviet communism.

But the Polish people never forgot the bravery and the sacrifices of those who stood for liberty those 63 days in the late summer of 1944. Many of the survivors came to the United States, where they continued the fight for an independent Poland. Others joined the Solidarity movement, and the memory of the Warsaw Uprising served to inspire everyday people to fight for liberation. When Poland won its independence in 1989, the dream of the uprising was finally realized.

Earlier this year, I had the opportunity to travel to Poland to meet with Polish officials and visit U.S. troops in the country. I also had the opportunity to visit the Warsaw Uprising Museum to see firsthand the moving commemoration of this chapter in Poland’s history. Poland is a staunch ally of the United States, and the Polish people have stood with us in our struggle against terrorism around the world. As the United States and Poland continue to fight for freedom and democracy, the historical ties that bind us are more important today than ever.

Recently, I joined with my colleagues in the Senate to cosponsor a resolution marking the 70th anniversary of the Warsaw Uprising. The bravery of the men and women who took part in the fight against Nazi oppression will never be forgotten. Neither will their sacrifices. Their legacy lives on today.

So too does their cause. 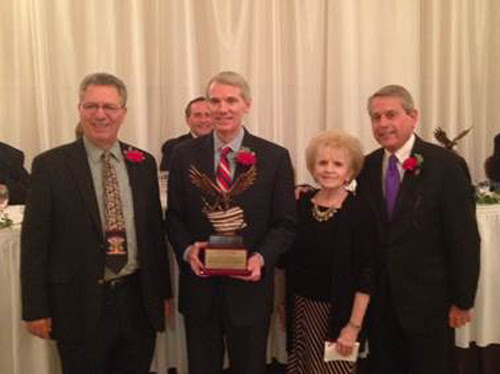 What would the teddy bears say about all the violence?

Pastor Larry White recited his poem Teddy Bear that talks about the block by block mentality of violence.

What would the Teddy Bears say?

Pastor White spoke at the Peace in the Hood celebration of peace at the end of Peace Camp 2014 in Cleveland.   See more from Peace Camp.

To the girls who want to date my son

Mrs. McLinda White was a volunteer at Peace in the Hood Peace Camp.

After observing the ‘raging hormones’ among the teenagers she wrote this piece  called ‘To the girls who want to date my son’ and performed it at the Peace in the Hood celebration of peace at the end of Peace Camp 2014 in Cleveland.

Mrs. McLinda and Pastor Larry White were volunteers at Peace in the Hood Peace Camp.
They told about their 6 year old saying ‘All I want for my birthday is a big booty girl’ from the 2 Chainz song featuring Kanye West.
They explained that the song disrespects all women including their mother, sisters, aunts and other family members.  They spoke at the Peace in the Hood celebration of peace at the end of Peace Camp 2014 in Cleveland.