Delaware North, the official food, beverage and retail partner of the Cleveland Indians at Progressive Field, announced a lineup of new items for the MLB All- Star Game. 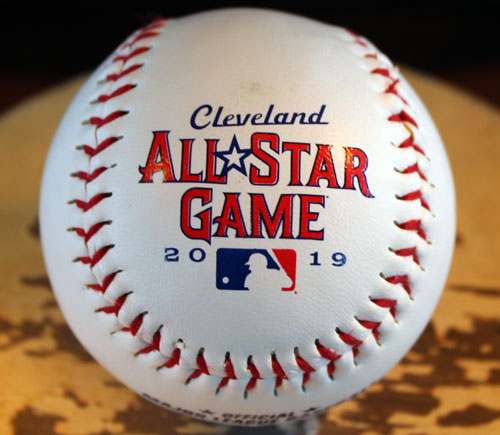 The menu showcases local favorites and ingredients such as Cleveland Kraut, a variety of pierogi and rich sausages.


On June 28, 2019 media were invited to preview the foods and ask the chef questions.

See photos, descriptions and videos of all the new All-Star Game foods

Each year the Hungarian Cultural Garden puts on a free performance featuring the music of Franz Liszt for the community. The last several years the talented students and teachers from the Aurora School of Music led by founder and director Vera Holczer-Waroquet, have performed.

The weather was perfect and the performers were amazing.

A special announcement was made at the end of the Liszt concert program in the Hungarian Cultural Garden on June 23, 2019.


Endre Szentkiralyi, president of the United Hungarian Societies, announced that starting in 2020 the Hungarian government will pay for 4 years of a Hungarian professor to teach at Cleveland State University. 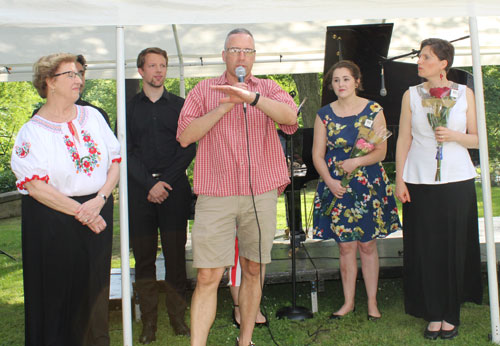 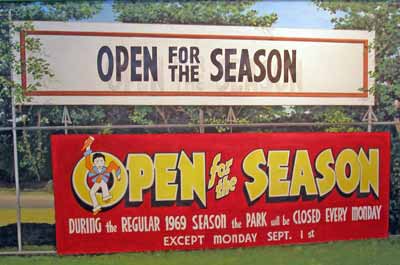 I was very young when the Park closed but I remember going with my Mom and her friend and daughter to Euclid Beach Park in 1968 for a speech by then Vice-President Hubert H. Humphrey who was running for President. I recall the protestors with signs and chants saying “Dump the Hump.”


See more photos of old Euclid Beach  and at 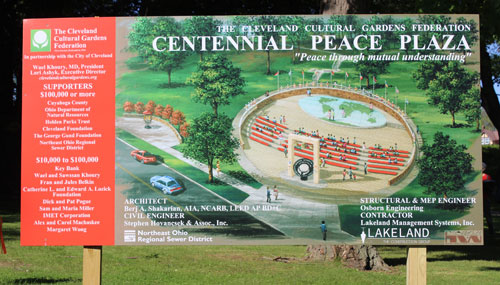 After welcome and speeches, the actual groundbreaking took place with CCGF President Dr. Wael Khoury being joined by the Plaza committee leaders, major donors, Mayor Frank Jackson and others for the ceremonial shoveling of dirt.


Photos and videos of the Cultural Gardens Centennial Peace Plaza groundbreaking
Posted by Dan Hanson at 6/20/2019 12:37:00 PM No comments:

Walk under bridge to Cuyahoga River at Shooters in Cleveland

For years there has been a bust of Viking Explorer Leif Erikson near the entrance to Shooters on the west bank of Cleveland’s Flats.

Dan Hanson just noticed that now you can walk under the piece of the bridge from the parking lot to the Cuyahoga River and see some of the ironwork of the bridge.

On Wednesday May 22, 2019 the Cleveland Metroparks had a ribbon cutting ceremony to mark the grand opening of the Euclid Beach Pier.

The new 315-foot pier partially extends over Lake Erie, offering views of the downtown Cleveland skyline not experienced from this location for decades.

Dan Hanson took a walk out onto the pier.  Sorry for the wind noise.

Ohio 16th District representative Anthony Gonzalez  read the prayer that President Roosevelt read to the nation on the night of June 6, 1944.

Under the umbrella of the Bob Feller Act of Valor Foundation – the U.S. Navy, Cleveland Indians and the Baseball Heritage Museum at League Park saluted and thanked those who served during WWII. This D-Day Remembrance ceremony honored over 100 men and women of the greatest generation.

The D-Day ceremony at League Park concluded with a 21 gun salute, the playing of Taps and the singing of God Bless America led by Major Scott D. Allen, U.S. Air Force.

Under the umbrella of the Bob Feller Act of Valor Foundation – the U.S. Navy, Cleveland Indians and the Baseball Heritage Museum at League Park saluted and thanked those who served during WWII. This D-Day Remembrance ceremony honored over 100 men and women of the greatest generation.

After the ceremony, Bob DiBiasio, Sr. Vice President-Public Affairs, Cleveland Indians Baseball, told about the 37 Baseball Hall of Famers who served in World War II and the story of Bob Feller who was the first to enlist.

Feller had already won 100 games and was driving to Chicago to sign a new contract.  When he heard the news of the Pearl Harbor attack on the radio he turned around and drove to an enlistment center and signed up.

On the 75th anniversary of D-Day, under the umbrella of the Bob Feller Act of Valor Foundation - the U.S. Navy, Cleveland Indians and the Baseball Heritage Museum at League Park saluted and thanked those who served during WWII. This D-Day Remembrance Ceremony honored about 130 of the greatest generation who served in World War II.

Under Secretary of the U.S. Navy Thomas B. Modly gave the keynote address and his remarks included the story of his emotional visit to Normandy.

Rootkits and Bootkits: Reversing Modern Malware and Next Generation Threats