While on the frigate USS De Wert during Navy Week, I noticed this No Smoking sign in a reasonable location - on the Grenade Locker!  Makes sense to me. 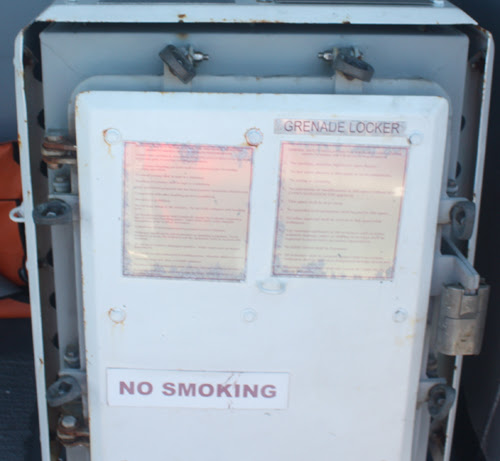 Master Chief Jeff Ryan of the US Coast Guard demonstrated some of the navigational gear used during the War of 1812 including an Octant and Traverse Board.  You needed to know trigonometry to sail these ships.

He also explained the roots of the expressions Deep Six and Mark Twain.  From Navy Week 2012 in Cleveland.

The War of 1812 has particular significance to the Great Lakes region. It was one of the three principle theaters of the war between the US and Britain.

On Lake Erie, American commander Captain Oliver Hazard Perry fought the Battle of Lake Erie on September 10, 1813. His decisive victory ensured American control of the lake, improved American morale after a series of defeats, and compelled the British to fall back from Detroit. This paved the way for General Harrison to launch another invasion of Upper Canada, which culminated in the U.S. victory at the Battle of the Thames on October 5, 1813, in which Tecumseh was killed.

Tecumseh's death effectively ended the North American indigenous alliance with the British in the Detroit region. American control of Lake Erie meant the British could no longer provide essential military supplies to their aboriginal allies, who therefore dropped out of the war. The Americans controlled the area during the conflict.

Some great War of 1812 memorabilia and gear at Navy Week in Cleveland.

Steve Roberts of Perry's Victory and International Peace Memorial showed a 32lb carronade cannon that is a replica of the one used by Oliver Hazard Perry in the Battle of Lake Erie in the War of 1812.  A surprise flyover from the Blue Angels also took place during the video. 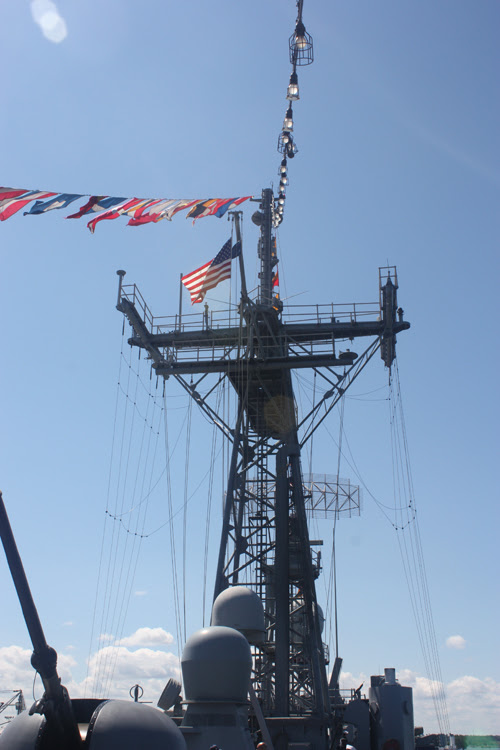 I had a blast climbing around on the frigate USS De Wert (FFG 45) at Navy Week in Cleveland.

From August 27-September 4, 2012 six ships of the U.S. Navy, U.S. Coast Guard and Royal Canadian Navy participated in Cleveland Navy Week and the Commemoration of the Bicentennial of the War of 1812 and The Star-Spangled Banner.

Free and open to the public.

There are other public events such as performances by the U.S. Navy Band, U.S. Navy Divers, U.S. Navy Blue Angels and the Leapfrogs, the Navy’s parachute demonstration team.

I had a blast climbing around on the USS De Wert (FFG 45).  I took a lot of picture and posted them at Navy Week Cleveland ships.

Ever since I first heard Bob Crawford and Pat Hoynes do their special version of Inch by Inch in the Cultural Gardens a few years ago I thought it would make a great theme song for One World Day.

They added some lyrics and performed it yesterday in the Irish Garden at the 65th annual One World Day.  It was terrific!  Will have lots of pics and video soon but here's the Garden Song video.

Packing for college - then and now.

Amy Kenneley's grandson is heading off to college and it triggered her own memories of the big move from the early 1950's.  So she made some comparisons.

I wasn't familiar with the story of St. Maximilian Mary Kolbe until I heard it today, his feast day.

Wikipedia and other places have a lot of interesting facts about the Polish man but the part that grabbed me is that during the Second World War, he provided shelter to refugees from Poland, including 2,000 Jews whom he hid from Nazi persecution in his friary.


On 17 February 1941, he was arrested by the German Gestapo and imprisoned in the Pawiak prison. On 28 May, he was transferred to Auschwitz as prisoner #16670.

At the end of July 1941, three prisoners disappeared from the camp, prompting the deputy camp commander to pick 10 men to be starved to death in an underground bunker in order to deter further escape attempts.

When one of the selected men, Franciszek Gajowniczek, cried out, "My wife! My children!", Kolbe volunteered to take his place.

In the starvation cell, he celebrated Mass each day and sang hymns with the prisoners.
He led the other condemned men in song and prayer and encouraged them by telling them they would soon be with Mary in Heaven. Each time the guards checked on him, he was standing or kneeling in the middle of the cell and looking calmly at those who entered.

After two weeks of dehydration and starvation, only Kolbe remained alive. The guards wanted the bunker emptied and they gave Kolbe a lethal injection of carbolic acid.

He was canonized a saint in 1982 by Pope John Paul II and the man he saved by taking his place was present at the ceremony.  Wow.

The beautiful Hungarian Cultural Garden was the stage for the annual Liszt Concert in the Garden.

The performers were under the direction of Vera Holczer, founder and director of the Aurora School of Music. Vera was born in Budapest and began her piano studies at age 9. Her advanced studies are from the Cleveland Institute of Music and she regularly performs on WCLV 104.9 FM.

Photos and videos of the people and concert performances 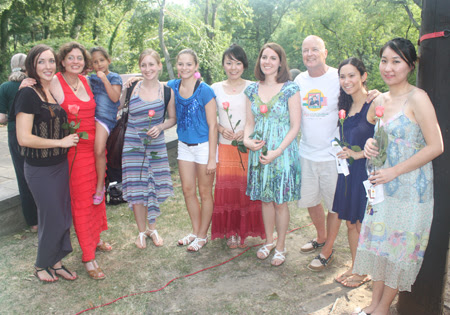 This Labor Day weekend Ohio's Celtic and International Fall Fest will feature some of the very best in Celtic music including some exciting new musical groups some making their first visit to the greater Cleveland area.

It's an event for the whole family with a children's stage with lots of activities and shows for the children.
New this year is the ClevelandPeople.Com International Pavilion.

Groups representing about 20 different cultures will perform. While we love the Irish and Celtic music, dances, bands and food that are the core of Ohio's Celtic and International Fall Fest, our region is made up of over 100 different ethnic groups. The ClevelandPeople.Com International Pavilion will feature music, performances, food and shopping from many different cultural groups.


The annual Puerto Rican Parade and Latino Festival was held in Cleveland the weekend of August 3-5, 2012.

The event is put on by the Julia de Burgos Cultural Arts Center. The Center is dedicated to preserving and sharing the Puerto Rican and Caribbean traditions through the teaching and practice of the visual, performing, & literary arts.

2012 marks the 44th celebration of the Puerto Rican Parade in the City of Cleveland. The Parade & festivities are a great historical tradition that has united Clevelanders and Northeast Ohioans for decades. 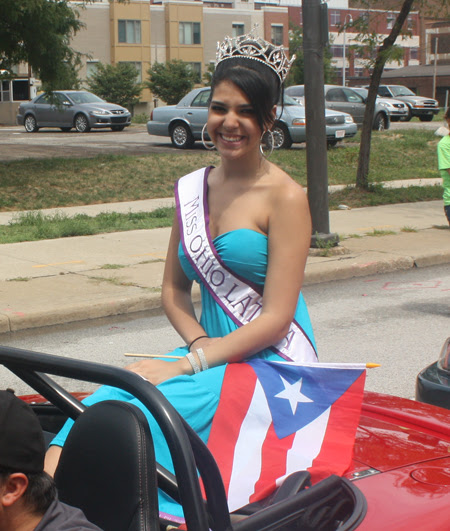 4 pages of photos and a video of the parade highlights.

The Windows Blog announced that Windows 8 has reached the RTM milestone.

People will be able get Windows 8 starting on October 26th either by upgrading for $39.99 or on a new PC or device. And if you buy an eligible Windows 7 PC today, you will be able to purchase an upgrade to Windows 8 Pro for $14.99 (U.S.) through the Windows Upgrade Offer.

However, there are a number of programs that provides various audiences early access to the Windows 8 RTM code to help prepare for Windows 8 as it enters the marketplace this fall:

As we celebrate the 2012 London Olympics US women's gymnastics gold medal, here's a bit of trivia.

In the German Cultural Garden in Cleveland there is a bust of Friedrich Jahn. 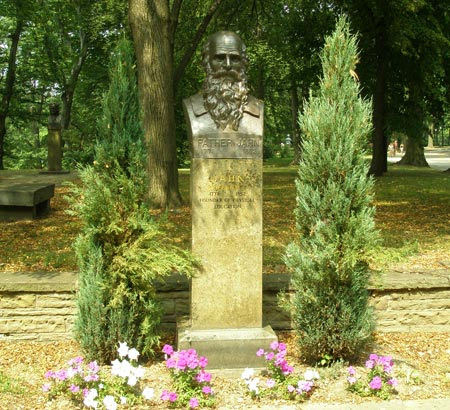 In 1811, gymnast Friedrich Ludwig Jahn organized the first gymnastic clubs, or "Turn Vereine," as they are known in Germany. Friedrich Jahn was (and still is) known as "Father Jahn" for having fathered the many athletic clubs and for being like a father to so many young men.