The Federation of India Community Associations of Northeast Ohio (FICA) hosted an event to celebrate the 66th Republic Day of India.


Sanjay Garg received the 2105 FICA Volunteer of the Year Award and Dan Hanson received the 2015 Friend of Indian Community award. Feeling 'Up' about Downsizing

Feeling 'Up' about Downsizing by Amy Kenneley.

It started innocently enough. The winter closed in and the rooms did too. I looked around at the stashes of accumulated boxes and drawers full of things and wondered, "Who is going to want this?"

There needed to be a letting go of things that had been collected --and collecting-- through the years. How did it all happen?...

The answer is... Simple Math Trick

Here's a very basic math exercise that won't amaze your friends but will get them thinking. I like to pretend I am opening an envelope a la Johnny Carson's Carnac or have the answer written on my arm or something.

Did you know that the City of Cleveland has a website geared toward Economic Development?
It does.

The City of Cleveland launched a new website and marketing/branding campaign to showcase Cleveland as a destination for industry and innovation. The focus of the effort is to help businesses and site selectors rethink Cleveland. The 5th annual Holiday Celebration of Cleveland's Diversity was held in the atrium of the Global Center for Health Innovation in the Cleveland Convention Center on December 17, 2014. The event was put on by the International Community Council-Worldwide Intercultural Network (ICC-WIN) in conjunction with the office of Cleveland Mayor Frank Jackson.


84 different countries were represented - a true testament to Cleveland's diversity. One highlight of the International Community Council - Worldwide Intercultural Network's (ICC-WIN) 5th annual multicultural holiday celebration at the Global Center for Health Innovation in the Cleveland Convention Center in Cleveland Ohio was the International Fashion Show. Dozens of countries were represented. Fashion of Lebanon
3 pages of photos and videos of the International Fashion Show
Posted by Dan Hanson at 1/05/2015 04:25:00 PM No comments:

Ariel International Center, Consulate General of India, NY and Federation of Indian Associations (FIA) hosted a reception to meet with Honorable Dr. Manoj Kumar Mohapatra, Deputy Consul General of India, New York to hear about the latest Opportunities for US Companies interested in Investing or Doing Business with India given the liberalized business climate with the recent landslide election victory for the business minded Prime Minister, Mr. Modi. 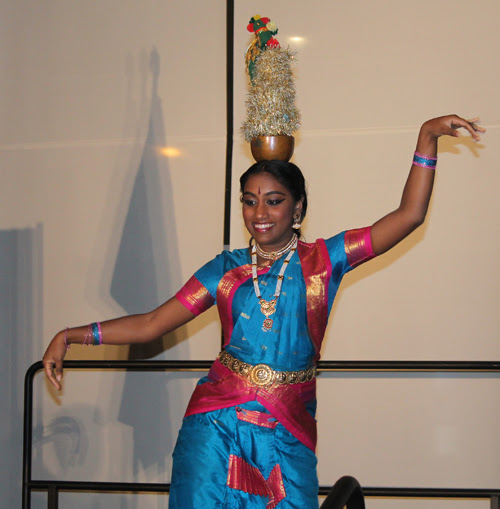 This is Our Cleveland - ICC-WIN Multicultural Holiday Party


At the end of an international fashion show that featured native costumes from dozens of countries, the models gathered on stage and walked out to the sounds of We are the World. Watch this short video and be inspired.

The Korean American Association of Greater Cleveland gathered at the Louis Stokes Cleveland VA Medical Center to honor veterans of the Korean War. They were joined by the Federation of Midwest Korean-American Associations, the National Unification Advisory Council, the Republic of Korea in Chicago as well as the City of Cleveland Ohio.