For those who came to the Corporate Club hoping to hear of monumental proposals to merge suburbs into the central city of Cleveland (a la Louisville, Indianapolis, Columbus, etc.) they were disappointed in the mayors' plans.

But regionalism has to start somewhere. The investigation of the pros and cons of merging some services of the 4 communities is a necessary first step in the discussion. The 4 communities currently share a school district and senior and recreational programs. Years ago they, along with Hunting Valley, made up Orange Township. What do you think would be Cleveland's best year ever?

Music fans might say when the Rock Hall opened.

It was interesting to hear what Albert Ratner, Co-Chair Emeritus of Forest City Enterprise, said was our best year at a recent program called Globalizing Cleveland at the Corporate Club at Landerhaven. 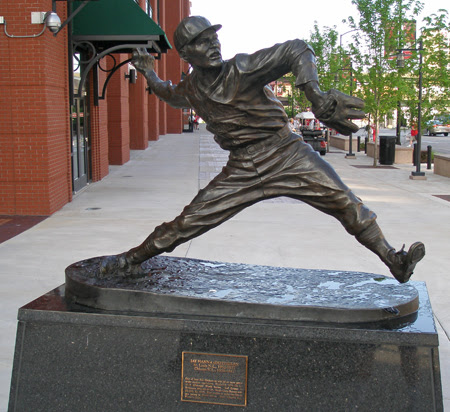 Unfortunately, it's yet another October that Cleveland Indians fans are watching other teams in the World Series. I thought I'd share some images of Busch Stadium, home of the National League champion St Louis Cardinals, from a fun trip we took to the Gateway of the West.

Whereas Progressive Field in Cleveland has a statue of Bob Feller, the greatest right-handed pitcher in baseball history and there are rumors that a statue will be built to honor slugger Jim Thome sometime in the future, Busch Stadium has several statues like the statue of Dizzy Dean above. They also have one larger statue of Stan 'the Man' Musial.
Posted by Dan Hanson at 10/20/2011 03:27:00 PM No comments:

In 1985, The Ohio Legislature officially declared October 11th to be General Pulaski Memorial Day in honor of his contributions to Poland and the United States. The U.S. House of Representatives voted unanimously on October 8, 2009 to award citizenship posthumously to Casimir Pulaski.


Members of the Polish-American community in Cleveland gathered at the Cleveland City Hall to honor Pulaski.

After the march from City Hall to the Pulaski Cannon, Councilman Anthony Brancatelli mentioned that it was Congressman Dennis Kucinich's birthday (65th) and the group sang a chorus of Sto lat (100 years)
Posted by Dan Hanson at 10/18/2011 11:44:00 AM No comments:

WASHINGTON, D.C. (October 18, 2011) - The Great Lakes maritime industry today released the results of a year-long study of the economic impacts of the entire Great Lakes-St. Lawrence Seaway navigation system. The study was commissioned by members of the marine shipping industry, in partnership with U.S. and Canadian government agencies. Martin Associates of Lancaster, Pennsylvania, a global leader in transportation economic analysis and strategic planning, was retained to conduct the study.

I always like the geek stuff from Think Geek and they have some fun stuff for Halloween this year. Check out the 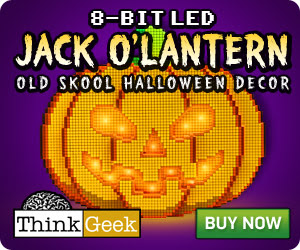 and more stuff at 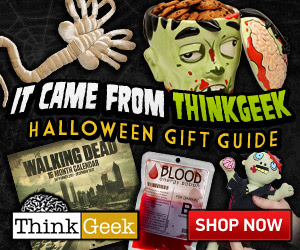 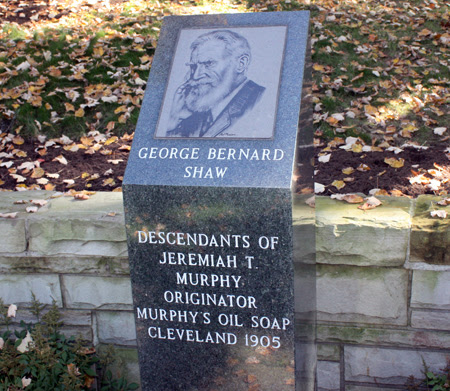 Four new monuments were dedicated at a special ceremony at the Irish Cultural Garden on Saturday October 8, 2011. The Garden was lush with greenery and flowers thanks to Charlene Crowley and her team of volunteers. The Lennon fountain was flowing and the weather couldn't have been better.

Photos and video from the celebration 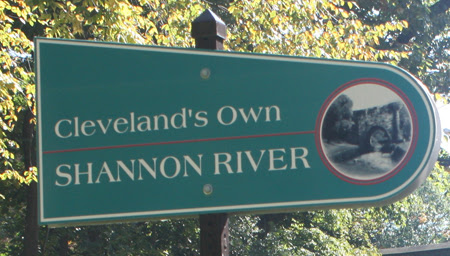 The Shannon River is closely bound up with Ireland's social, cultural, military, economic and political history. It is the longest river in Ireland at 240 miles and divides the west of Ireland from the east and south.

Cleveland, of courses, is divided into East and West by the Cuyahaoga River. But did you know that Cleveland also has a River Shannon?

Hewlett Packard and the Cleveland Browns

Turnover at the top is often indicative of poor records. Just ask the Cleveland Browns.

Is this what Hewlett Packard, with yet another CEO change, has in its future?

No visas for Poland?

I was at the Casimir Pulaski day celebration at Cleveland City Hall yesterday. General Casimir Pulaski was a Polish soldier who came to America and helped George Washington defeat the British in the Revolutionary War. You may have seen Pulaski Square in what used to be Mall C in downtown Cleveland. The cannon monument got moved to near the Free Stamp when Medical Mart construction began.

During the ceremony I learned a disturbing fact. Joseph A. Drobot, Jr., the 27th President of the Polish Roman Catholic Union of America spoke about General Pulaski’s contributions to the American Revolution but then said that Poland is not included among the 36 nations that have US visa waivers. 28 of these nations are in Europe including England, France, Latvia, Estonia and Slovenia.

So why does the process keep getting stuck in committees?

You can skip to near the end of this video if you just want to hear about this issue. Photos and video of Hungarian president Pál Schmitt in Cleveland

On Sunday September 18, the president visited the Hungarian Cultural Garden, the statue of Lajos Kossuth, the Father of Hungarian Democracy,in University Circle and attended Mass at St Elizabeth of Hungary Church on Buckeye. He then attended a special reception at the Marriott downtown.
Posted by Dan Hanson at 10/02/2011 05:04:00 PM No comments: The dedication of the new Ukrainian Heritage Park in Parma was September 24, 2011.

Before that there was a parade down State in Ukrainian Village. Check out some of the music from the Culkar Combo and the band Fakt.