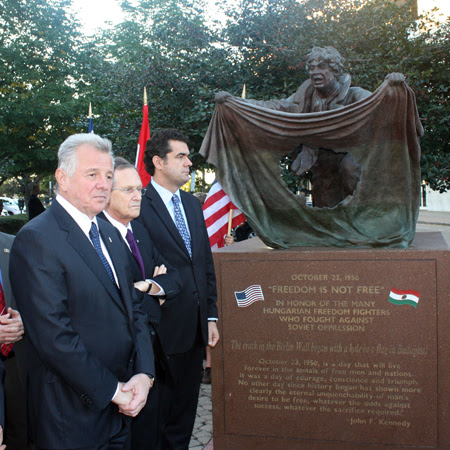 Photos and video of Hungarian president Pál Schmitt in Cleveland

On Sunday September 18, the president visited the Hungarian Cultural Garden, the statue of Lajos Kossuth, the Father of Hungarian Democracy,in University Circle and attended Mass at St Elizabeth of Hungary Church on Buckeye. He then attended a special reception at the Marriott downtown.
Posted by Dan Hanson at 10/02/2011 05:04:00 PM