In Armenia, Independence Day is an official holiday. It commemorates the restoration of the Republic of Armenia in September 21, 1991, after 70 years of Soviet rule. In Cleveland, the occasion was celebrated on September 21, 2017 with a ceremony in the Rotunda of Cleveland City Hall and the flying of the flag of Armenia over City Hall. 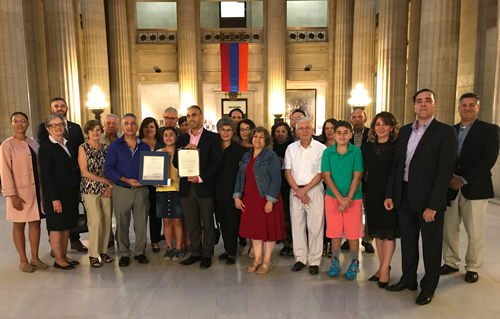