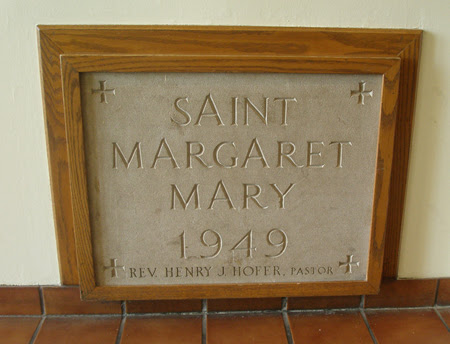 Saint Margaret Mary Catholic Church was one of the many churches that was closed by the Cleveland Catholic Diocese.

It is also one of the churches that may have received a reprieve from the Vatican.

A group of former parishioners put together a quick prayer vigil at the Church on Wednesday March 14 and almost 90 people attended.

Here are some photos of Saint Margaret Mary before it closed in 2010.

Here is a short video and photos from the prayer vigil.

You can also choose to be notified of any updates about Saint Margaret Mary, including future events, on that page.
Posted by Dan Hanson at 3/15/2012 01:10:00 PM