Manufacturing in Cleveland, Ohio and the US 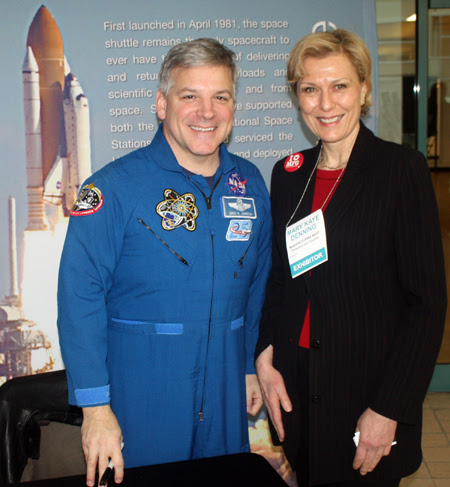 Manufacturing has a higher multiplier effect on the economy than any other sector. For every $1 in manufacturing value added, $1.4 in additional value is created in other sectors. (US Dept. of Commerce - EE Times).

The Manufacturing Mart officially opened its doors within The Galleria in Downtown Cleveland on November 8, 2010. Did you know that Cleveland is located within 600 miles of 60% of all U.S. & Canadian manufacturing locations?

Mary Kaye Denning founded The Mart with the intention of reinvigorating the manufacturing industry in the Rust Belt. Her goal was to unite manufacturers of components, equipment, and consumer products with OEMs. Traditionally, these cutting-edge manufacturers lacked a definitive and effective way of illustrating their capabilities to a hungry OEM market.

Email ThisBlogThis!Share to TwitterShare to FacebookShare to Pinterest
Labels: Manufacturing

It's great to see Ohio's numbers going up! The potential for manufacturing in Ohio is endless. Check out some of the facts this video illustrates about Ohio's Manufacturing.