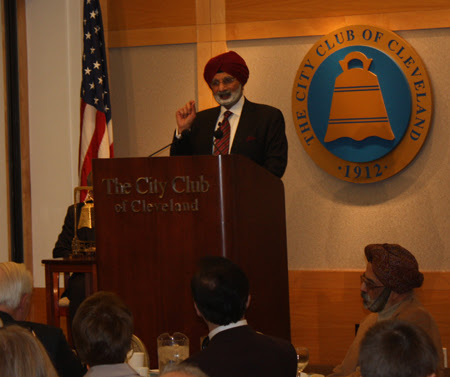 Ratanjit S. Sondhe is an American success story. He emigrated from India to the United States in 1968 to complete his Ph.D. studies in Polymer Chemistry. He arrived here with $8 in his pocket and two Master's degrees. He soon became an American entrepreneur, creating POLY-CARB, Inc. to add value by offering solutions to infrastructure erosion problems.

He succeeded tremendously from that point and sold his company to Dow Chemical. Now he advises people and businesses on a better way of life.

For example, He told a City Club crowd that immigrants are "like fresh water in a pond." They come on their own and put themselves in survival mode and see opportunity that American born do not. He wants to convert native born to this immigrant mindset.