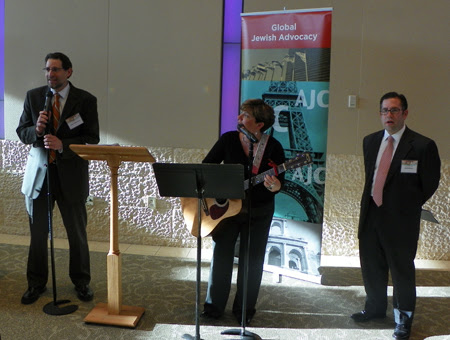 Rabbi Joshua Caruso led the ceremony with enthusiasm and passion. He told how the feast of Passover was both a celebration of freedom and a memory of slavery.

Along with the readings, music and other traditions and festivities there was a time for personal stories.

Peggy Zone Fisher told of her mixed marriage - she is Catholic and her husband Lee Fisher is a Jew. She also told of how her west side family supported Carl Stokes in the 1960's and paid the price for it.

The Rev. Dr. Otis Moss Jr. gave a powerful (as always) 5 minutes on some of his experiences in the South. What an orator!