During her lifetime, Mother Teresa was named 18 times in the yearly Gallup's most admired man and woman poll as one of the ten women around the world that Americans admired most. In 1999, a poll of Americans ranked her first in Gallup's List of Most Widely Admired People of the 20th Century.

Mother Teresa founded the Missionaries of Charity, a Roman Catholic religious congregation, which in 2012 consisted of over 4,500 sisters and is active in 133 countries. Members of the order must adhere to the vows of chastity, poverty and obedience, and the fourth vow, to give "Wholehearted and Free service to the poorest of the poor".


She said, "By blood, I am Albanian. By citizenship, an Indian. By faith, I am a Catholic nun. As to my calling, I belong to the world. As to my heart, I belong entirely to the Heart of Jesus."


On September 22, 2012 a 7' tall bronze statue of the Nobel Peace Prize winner was unveiled at a ceremony attended by Albanian President Bujar Nishani. 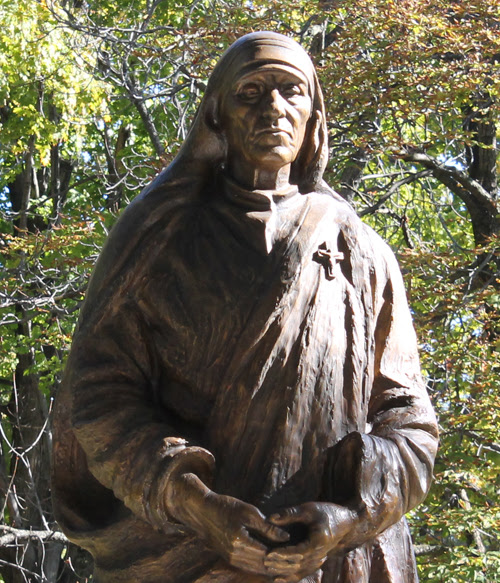 See more of the Mother Teresa Statue in Cleveland