To date AIPNO has helped more than 100,000 people in India and around the world in their health needs and provided FREE medicines, some surgeries and free numbered eye glasses, and lot of Cataract surgeries. 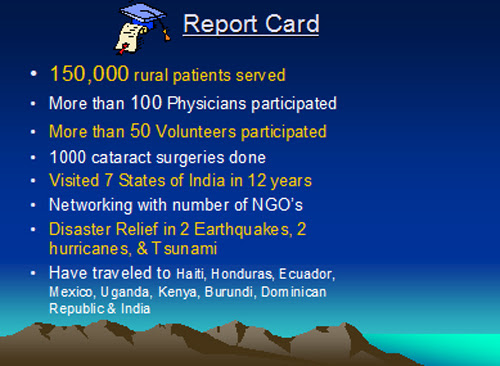