Photographs from highly acclaimed Albanian artist Fate Velaj were on display in the Cleveland City Hall Rotunda in an exhibit called "Albania - seen differently." Velaj is the recipient of many awards, including the "Albanian Excellence Award" given to him in 2012 on the occasion of the 100th anniversary of Albania's independence.


The photographic display was part of a visit from a delegation from Cleveland's Sister City Fier in Albania. The delegation, which included Fier Mayor Baftjar Zeqaj met with Cleveland Mayor Frank Jackson, Council president Kevin Kelley, Councilwoman Dona Brady and other dignitaries during their visit. Mr. Velaj and the Albanian delegation were also recognized at the Cleveland City Council meeting on November 10th. 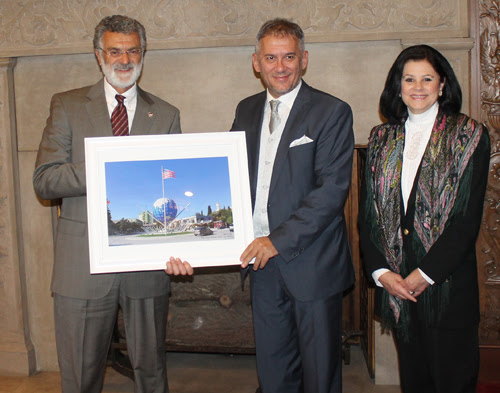