Bill Clinton has a big instrument

Last Friday night, the Honorable Lojze Peterle, Member of the European Parliament and first democratically elected Prime Minister of the Republic of Slovenia, spoke in Cleveland at a Slovenian church in Collinwood.

The speech was in Slovenian but I did manage to pick up part of it.

Prime Minister Peterle told how US President Bill Clinton was from a big country so he played a big instrument - the saxophone.

He is from a small country, Slovenia, so he plays a small instrument - a harmonica. But both can make beautiful music.

He then played Beethoven's Joyful Joyful on the harmonica - really well.

Check out pics and the short video of Prime Minister Peterle. 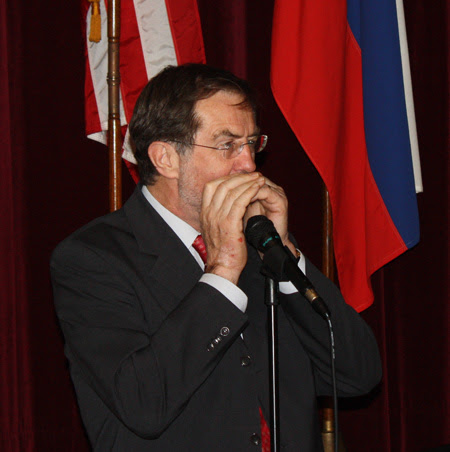