Chopin in the Polish Cultural Garden 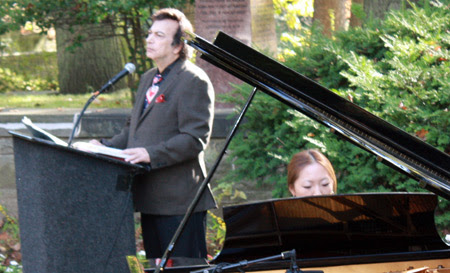 I sometimes struggle with classical music. As a mathematician I can appreciate the complexity and logic behind say Bach and his Goldberg variations but I don't want to listen to it.

Chopin is different. The melodies from the great composer are terrific background music and will get your foot tapping.

There was a ceremony to rededicate the bust of Chopin in the Polish Cultural Garden last month. A Steinway piano was brought in and no less than Dr. David Dubal, Professor of Performance and Piano at Julliard in New York City, and his prodigy Dongning Yang performed for the crowd.

Chopin performed in the Polish Cultural Garden in Cleveland


See videos and photos from the Chopin Bust rededication event including performances by the Piast dancers - on East Boulevard!