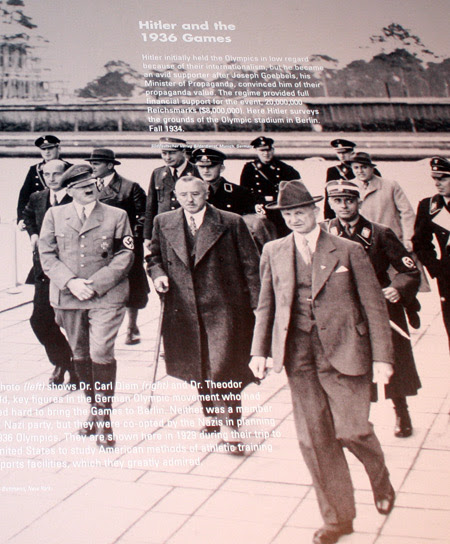 In August, 1936, all attention turned to the Olympic Games being held in Berlin. A swift young athlete from East Tech High School in Cleveland, Jesse Owens, had captured national attention for his record-breaking feats at The Ohio State University, and made the American team.

It was the undercurrent of Adolf Hitler and the Nazis that made the Olympics historic.

Now through January 23, 2011 the Maltz Museum of Jewish Heritage is presenting The Nazi Olympics Berlin 1936, produced by the United States Holocaust Memorial Museum.

It's worth a visit