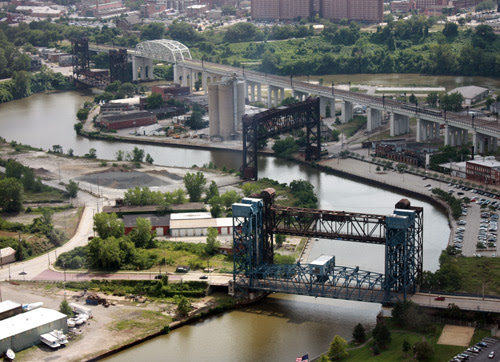 I had never been to the Terminal Tower Observation Deck. When I was working construction back in the day we were pretty high up on the roof of Stouffers In on the Square but I never did the touristy trip to the Observation Deck.

It reopened this summer for limited viewing and I finally got up there. I was there for a private party with the Irish Sorpanos! But that's a story for another day.

I took a bunch of photos and shot a video from the Observation Deck and I think they came out great!

We were fortunate that day to have a huge rainbow appear over the Cleveland skyline below. It's now one of my favorite photos.

Check out the rainbow photo and other photos and a video from the Terminal Tower Observation Deck.