Everyone has seen the famous Life Magazine photo of the sailor kissing a nurse in Times Square when victory in Japan was announced, ending World War II.

It's a classic, iconic shot.

To celebrate the 65th anniversary of V-J Day (and to 'Keep the Spirit of '45 Alive) there were several recreations of the famous kiss, including one in downtown Cleveland on the USS Cod.

They had Forties music, costumes and several veterans of World War II to remember and celebrate.

Check out the photos and videos of the big kiss and the other festivities. 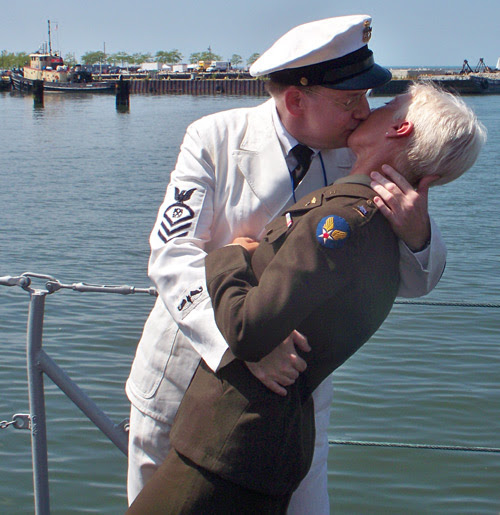