Imagine a world in which the latest ideas traveled not by wireless networks but by camel. 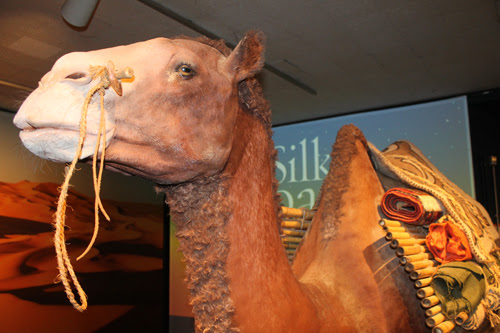 Centuries ago, merchants, missionaries and other travelers made their way across Asia, along the enormous trade network known as the Silk Road. Over rugged mountains and forbidding deserts, camel caravans loaded with precious cargo made possible the exchange of valuable goods, ideas and innovations. Named for the fabric that enticed traders from all over the world, the Silk Road spanned the far reaches of China to the center of the Islamic world from A.D. 600 to 1200.


The exhibition, free with Cleveland Museum of Natural History admission, opened in New York and then went to Asia, Rome, Los Angeles and now Cleveland. Cleveland is the first city in the area to host this fascinating exhibit.

See more from the Opening Celebration of the exhibit