I love the Summer Olympics.  I have always felt that the track and field competitors -especially the decathletes - are the best  athletes in the world.  And there is usually no politics in track and field.  If you cross the finish line faster than everyone else, for example, you win.

Swimming is like that too.  We are fortunate to have an Olympic Gold Medal swimmer here in Cleveland.  Diana Munz won a Gold and Silver in Sydney and a Bronze Medal in Athens four years later.

Diana gave us the inside scoop on the swimming competition during the 2008 Beijing Olympics and now she is doing it again for London.  You can see her predictions and insights on the 2012 Olympic swimmers here where she talks about Missy Franklin, Dara Torres, Michael Phelps, Janet Evans and more.

You can watch Diana do commentary on NBC as well. 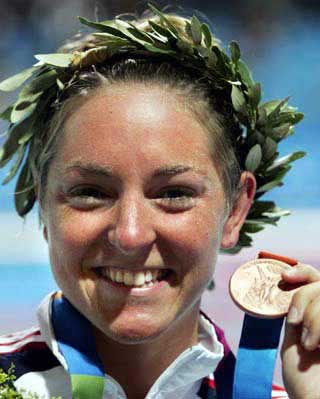