Juneteenth was celebrated in the African American Cultural Garden in Cleveland on Sunday June 17, 2012.

President Abraham Lincoln issued the Emancipation Proclamation on September 22, 1862, with an effective date of January 1, 1863 but in parts of the South, slavery continued. Juneteenth commemorates June 18 and 19, 1865. June 18 is the day Union General Gordon Granger and 2,000 federal troops arrived in Galveston, Texas, to take possession of the state and enforce the emancipation of its slaves.

Juneteenth has been mostly a Southern event but it has been spreading in recent years. 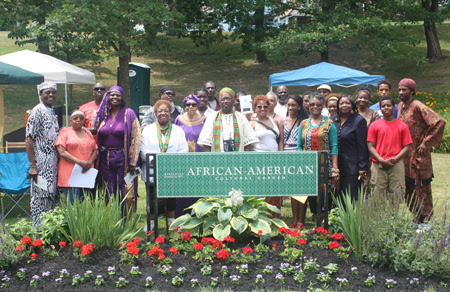