If you take a wrong turn on MLK behind the Art and Natural History Museums, you will see a little island in all the traffic at MLK and Jeptha.  The island is small and barely has room to host the large statue of General Milan R. Stefanik.

General Milan R. Stefanik is a Slovak hero who died young and was memorialized with the statue in Cleveland in 1922. 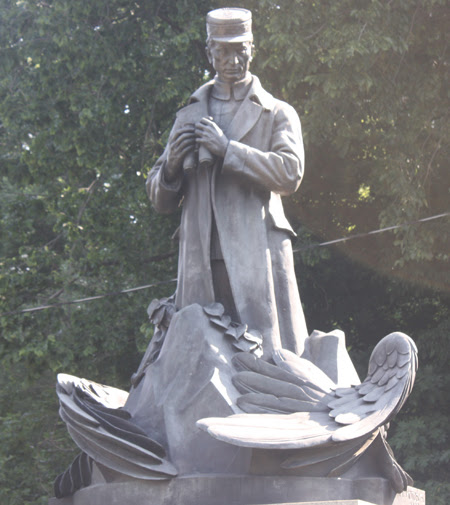 As the surrounding real estate gets more crowded (and valuable) plans are to move the statue, hopefully to the Slovak Cultural Garden.

Bratislava, Slovakia  Mayor Milan Ftacnik visited the statue on June 16, 2012.  He had some interesting words to say in this short video we shot in front of the statue of the General.