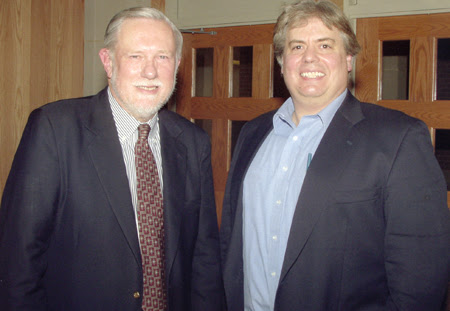 Chuck Geschke, Chairman of the Board and Co-Founder of Adobe Systems, spoke at the Cleveland City Club in October.

He has the unique perspective of being in Silicon Valley from the beginning. He was with Xerox PARC until he and John Warnock left and created Adobe.

Geschke told stories from the early days at Stanford Industrial Park and the push that became ARPA after Sputnik. Many of the "ARPA Brats" ended up in the Stanford Industrial Park which became Silicon Valley. Geschke recalled that in 1976 while at Xerox PARC he had a personal computer with a mouse, e-mail, Word-like word processor, Ethernet connectivity (courtesy of his officemate Bob Metcalfe) and a laser printer.

When he learned that his and John Warnock's InterPress graphics language might not become a Xerox product for 7 years, they started Adobe. He told how Steve Jobs wanted to buy the entire company but they only wanted to sell their products.

Fascinating stuff from one of the pioneers of the industry.