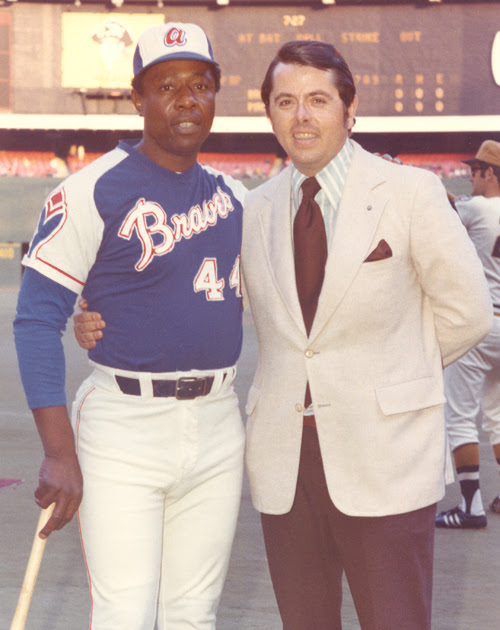 Cleveland Senior Tom Eakin (above with Hank Aaron) has led a fascinating life. Tom is in the Guinness Book of World Records with the record for the longest biography in Who's Who in America.

A "Thomas C. Eakin" Day has been instituted in over 300 cities throughout both the United States and Canada. He is the only Ohioan on record as having a day named for him in every one Ohio's eighty-eight counties.

Read about the amazing life of Tom Eakin and see lots of pictures with Tom and athletes and politicians.
Posted by Dan Hanson at 9/16/2010 02:03:00 PM