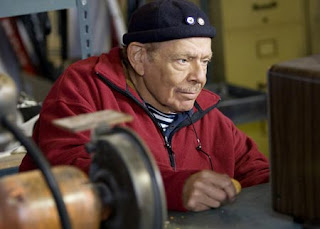 Watching Seinfeld or King of Queens you would think that Jerry Stiller, who played George Costanza's father and Dough Heffernan's father-in-law, would be a loud, obnoxious boor.

Actually he is a soft-spoken fascinating man with a font of stories from the glory days of comedy up through the present.

My sister Debbie interviewed him last week about his current role in Hallmark's Ice Dreams and they started talking about his memories of Cleveland and the good old days.

Read about Jerry Stiller and Cleveland and much more.