Mr. Gorbachev, Tear down this wall! 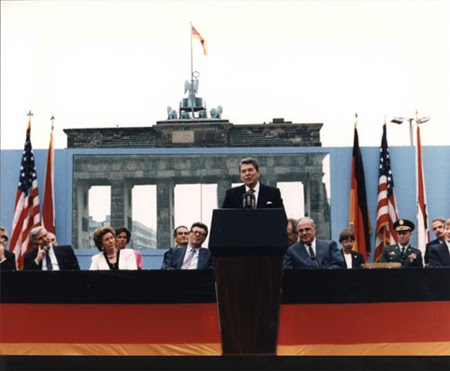 I just love that quote from Ronald Reagan's 1987 speech at the Brandenburg Gate in Germany.

With the 20 year anniversary of the Wall's demise last week (11/9) I grabbed a series of podcasts to refresh my memory and learn some new stuff about the 2 Germanys, the Cold War, the Berlin Wall and Reunification.

Of course the collapse of the Wall affected much more than Germany as the entire Iron Curtain enslaving Eastern Europe began to unravel.

I posted some info and videos of parts of Reagan's speech and the celebration as the Wall came down in the German section of ClevelandPeople.Com
Posted by Dan Hanson at 11/16/2009 11:51:00 AM