I must be hungry 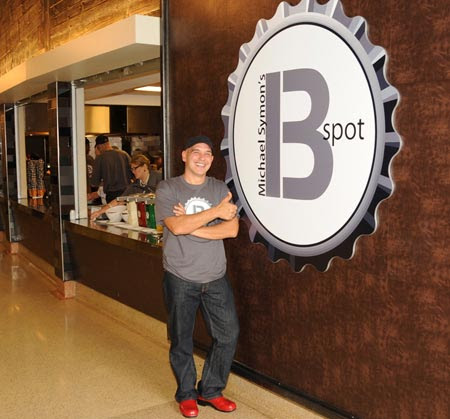 I thought the Cleveland Indians did a tremendous job in one area at least this summer. Their new food options were terrific.

But the Cavs may have trumped them - and hopefully their season will be much better too.

Quicken Loans Arena has a deal with Cleveland's own Iron Chef Michael Symon for food for Cavs games and other events. Bar Symon at The Q and The B Spot will both offer Chef Symon's award-winning fare.

How about some Pork Pastrami – a sandwich with coleslaw, stadium mustard and Swiss cheese on rye bread while watching Lebron James dunk?

Or Michael Symon's Mac & Cheese – made with rosemary, goat cheese and roasted tomatoes during a Shaq Attack?

Can't wait for tip off!