2018 is a special year. Not only are we celebrating 100 years of the founding of Czechoslovakia, but also 50 years since Prague Spring - the loosening of the tight grip of the communist regime by Slovak Alexander Dubcek, that came to a sudden halt on August 20, 1968 when the country was invaded by Soviet forces.

To commemorate these anniversaries, a re-installation and a re-dedication of two plaques in the Czech Cultural Garden took place on Sunday, August 19, 2018.  Members of the Czech Slovak and Rusyn communities participated. 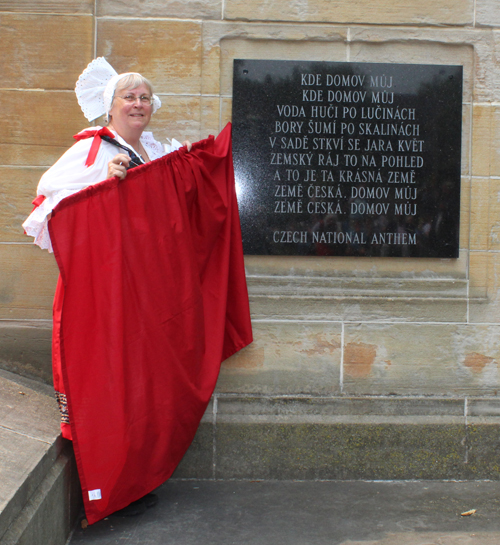