Global Ties U.S. and its members, in partnership with the U.S. Department of State, are hosting a series of Diplomacy Begins Here Summits across the United States to bring together local, national, and international leaders from the business, government, and nonprofit world.

The Cleveland Council on World Affairs (CCWA) celebrated women in leadership in Northeast Ohio through the Diplomacy Begins Here: Women Who Rock the World Summit on Thursday, June 28, at the Drury Plaza Downtown. In partnership with Global Ties U.S. and the U.S. Department of State, CCWA welcomed local leaders in civil society, government, and business, along with leaders in international exchange programming throughout the country, to highlight our region's public diplomacy initiatives and specifically how women have played a key role as Citizen Diplomats.

She highlighted some of NASA's work and discussed women in STEM and presented some interesting statistics. 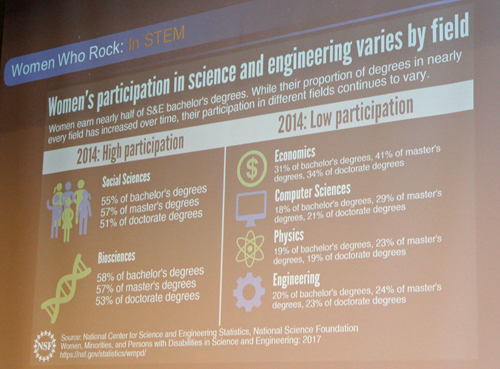 See video and photos of the Women in STEM panel