Kol Israel Foundation is an organization of Jewish Holocaust Survivors, their families, and supporters. Each year they hold an annual Memorial Service.

The 56th annual Memorial Service was held at Zion Memorial Park in Bedford Heights on Sunday September 24, 2017. It was co-sponsored by Kol Israel Foundation and the Jewish Federation of Cleveland. In 1961, Kol Israel built one of the first monuments in the United States dedicated to the 6 million Jews who perished in the Holocaust. Ashes of the victims from concentration camps are buried beneath it and the names of deceased family members are engraved on its surrounding wall.

The ceremony included a special dedication of the Kol Israel Memorial Monument’s Historical Marker. The marker, granted by the Ohio History Connection, acknowledges the Monument as the first of its kind in the United States.

Photos and videos from the Holocaust Memorial event 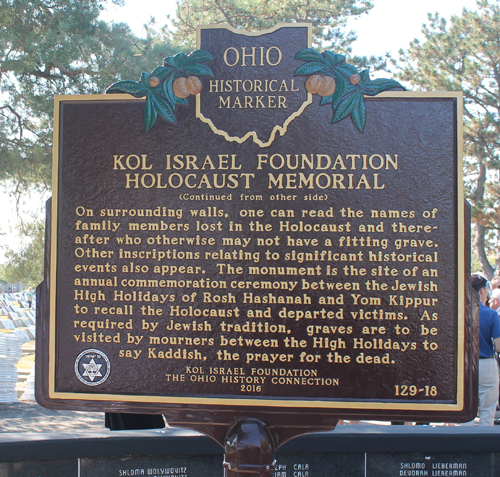 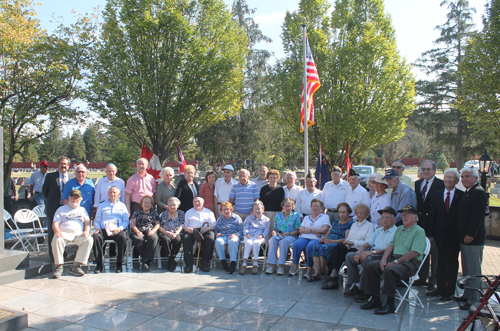