Art and Stories from Mughal India presents the story of the Mughals — and stories for the Mughals — in 100 exquisite paintings from the 1500s to 1800s.

The Mughal Empire existed for more than 300 years, from 1526 until the advent of British colonial rule in 1858. It encompassed territory that included vast portions of the Indian subcontinent and Afghanistan. The Mughal rulers were Central Asian Muslims who assimilated many religious faiths under their administration. 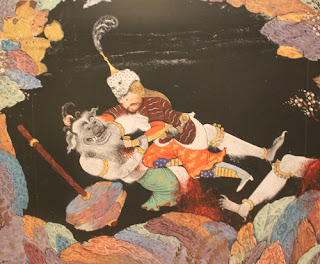 Famed for its distinctive architecture, including the Taj Mahal, the Mughal Empire is also renowned for its colorful and engaging paintings, many taking the form of scenes from narrative tales. 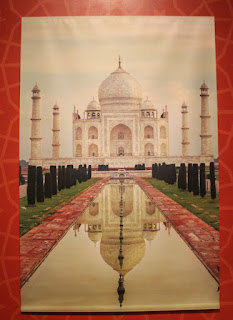 Many of the paintings and items are small. So you will want to use the free iPhone app in which the exhibition's curator, Sonya Rhie Quintanilla, relates stories and describes paintings. The app includes hyperlinks to an audio glossary of names and terms, and 100 tweetable facts illustrated with a related detail image from the 100 paintings on view. CMA Mughal is available now for download from the iTunes Store for Apple devices running iOS9 and above.

Art and Stories from Mughal India is on view in the Kelvin and Eleanor Smith Foundation Hall from July 31, 2016 through October 23, 2016, and is free to the public in celebration of the museum’s centennial year.