On the 2nd floor of Asian Town Plaza on East 38th Street in Cleveland's AsiaTown you can find restaurants, art and the Cleveland Aikikai Dojo.

The Aikikai is the original school of Aikido. It is centered on the Aikikai Foundation in Japan, and its figurehead is the Doshu (the family heir of the founder of Aikido). It is represented globally through the International Aikido Federation.

Aikido is a Japanese martial art developed by Morihei Ueshiba as a synthesis of his martial studies, philosophy, and religious beliefs. Aikido is often translated as "the Way of unifying (with) life energy" or as "the Way of harmonious spirit." Ueshiba's goal was to create an art that practitioners could use to defend themselves while also protecting their attacker from injury.

Sensei Jim Klar of Cleveland Aikikai says that Aikido techniques teach one to prevent confrontation but how to deal with them if rational attempts do not succeed.

More about Cleveland Aikikai and Aikido 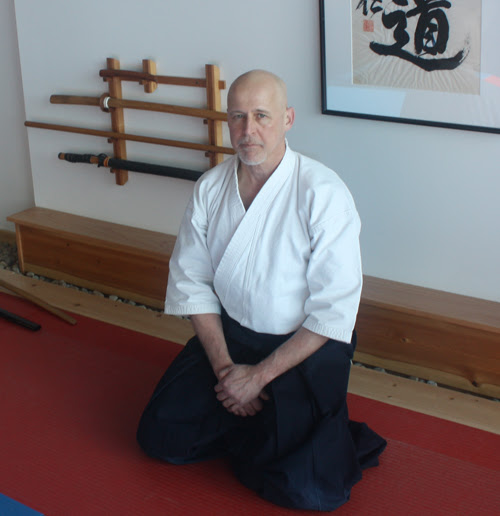