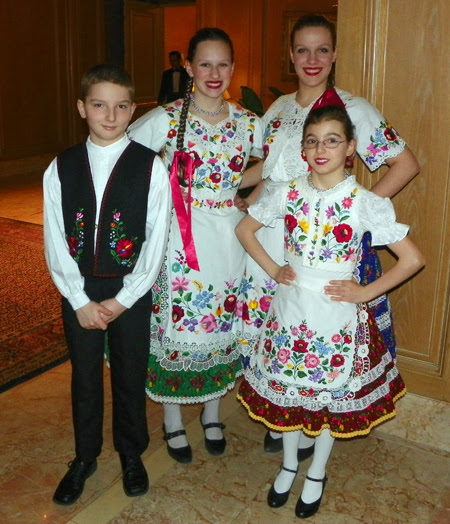 The Cleveland Hungarian Development Panel, under the leadership of its president Marika Megyimori, hosted the 22nd annual Paprika! event on March 3, 2012 at The Ritz Carlton Hotel. Ms. Megyimori and Elizabeth Papp-Taylor served as Chairs of the sumptuous event.


This year's theme was "The Global Trek" in honor of keynote speaker Albert Ratner, the force behind the Global Cleveland project.

Arriving guests were escorted into the event by young people from the Hungarian Scout Folk Ensemble in traditional costumes.

The emcee for the evening was David Wittman, anchor of Channel 19 Action News. He introduced Dr. Michael Roizen, Chief Wellness Officer of the Cleveland Clinic.

Pics and video of Paprika from the Cleveland Hungarian Development Panel
Posted by Dan Hanson at 4/12/2012 04:23:00 PM