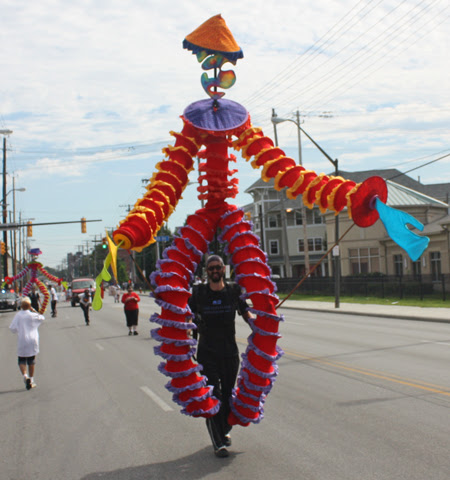 The annual Glenville Parade was on Saturday. It goes down East 105th from Superior to St Clair then hangs a left till 88th where the Festival begins (Sam Miller Park).

There were the usual politicians (mostly candidates for judge) but you can tell it's not a major election year because the bigwigs weren't there. They will be there next year.

Wayne Dawson was the Grand Marshall. The Shaw High School Marching Band was a highlight.

The Parade the Circle creatures (like the one in the photo) were a big hit too.