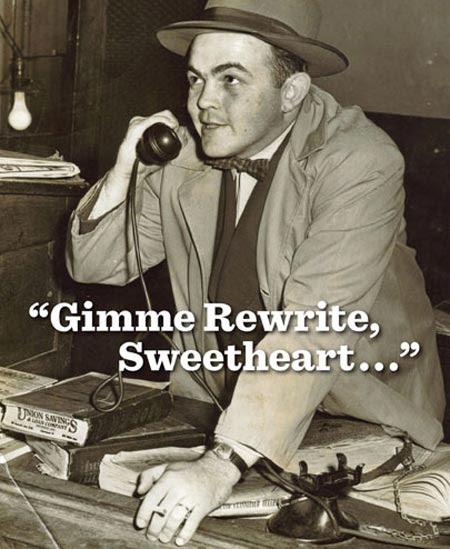 If you are too young to remember June 17, 1982 then you probably won't understand what all the fuss is about.

Likewise if you grew up getting your news from the Internet or Cable TV or even the Daily Show on Comedy Central, you can never fully understand what the golden era of newspapers was like.

In the 50's through 70's (the time frame of Gimme Rewrite, Sweetheart: Tales from the Last Glory Days of Cleveland Newspapers Told by the Men and Women Who Reported the News

) there was real competition between the morning Plain Dealer and the afternoon Cleveland Press.

And believe it or not, Cleveland was big enough for 2 daily newspapers.

This book is a collection of stories from 54 Cleveland reporters, editors and photographers that John Tidyman interviewed.

You will recognize a lot of the names and the stories will bring you back to a time that seems ancient (manual typewriters, smoky newsrooms, boozing reporters, etc) but is really not that far off.