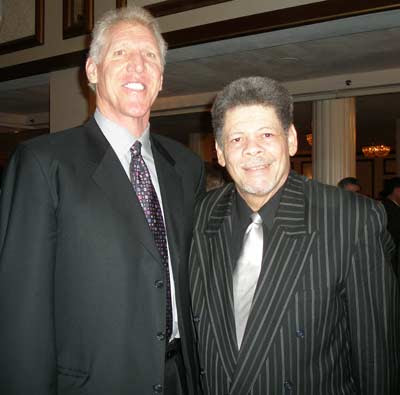 Bobby ‘Bingo’ Smith is one of only 6 Cleveland Cavaliers to have his number retired and hanging from the rafters at The Q. The Cavaliers retired his jersey on Dec. 4, 1979.
Bobby Smith, played 10 seasons and over 700 games with the Cavaliers, helping to shape and mold the young expansion team into playoff contenders.

Bingo’ sweet rainbow jumpers were often the highlight of many dismal games for the young team. Fans will remember announcer Joe Tait’s cry of “Bingo!” after another swish from Smith.

In the “Miracle of Richfield” season, Bingo was a key piece of that scrappy team. In Washington for Game 2, Smith scored a team-leading 17 points and made the game-winning shot with just seconds remaining to secure the 80-79 victory. The win served as the first playoff victory for the franchise and propelled the Cavaliers past the Bullets and into the Eastern Conference Finals.

Recently, Bingo Smith has been fighting some health problems.
We want him to know that the Cleveland fans support him and wish him the best.

We will be at FanFest at the Q Saturday night before the game with a giant card for you to sign. You can also appear on a video greeting to #7.
If you can’t make it to the Q, please send us your messages and we will get them to Bingo.

Or you can send them via e-mail to qa@clevelandseniors.com