The American Nationalities Movement was formed for the purpose of uniting all the nationalities in the United States in the goal to educate, advocate and represent their interests of all the diverse ethnic groups to the public and mostly to the political leaders of the United States. This pursuit of our common interest to achieve an understanding of the complex issues that confront each group individually and collectively and that without our united efforts all of us will be endanger.

President Eisenhower, and every successive U.S. President up to the administration of President Donald Trump, has declared the third week of July to be Captive Nations Week.

Pictures and videos of the Captive Nations program

I enjoyed the authors' previous books about Cleveland Radio and TV so was eager to take a look at their stories of Cleveland Rock and Roll Landmarks. Being of that age, I was intimately involved with many of these clubs and the book triggered some serious nostalgia.


Some of the venues were before my time or I never made it to them such as the Cleveland Arena, Leo's Casino, La Cave, Gleason's, Empire Concert Club and others but it was interesting to read about their history and the music that was made there. I did get to Record Rendezvous but it was later on and at the Coventry location not the historic Prospect or Euclid Ave. places.

There's an old joke that "If you remember the '60s, you really weren't there." This book reminded me of a lot of great times and music from long ago. For example, I spent countless weekend nights at the Agora when it was on 24th and saw many of the big names. We were at the Coliseum for the Springsteen show and realizing that Southside Johnny was playing the Agora we sped downtown just in time for Bruce to join his pal on stage. What a night!


We saw big names like the Cars, Bowie, Meatloaf, Todd Rundgren, Blondie, Frampton and many others but most weekend nights were local bands. (Who was that band that did all the Alex Harvey covers?) Given that, the more frustrating chapters in the book are the ones that I had experience with.

Everyone who had a favorite hangout or memory will feel that the coverage in the book, if any, was inaccurate or not enough. I have tons of Agora stories. I was an apprentice electrician while going to school so I was backstage for the World Series of Rock concerts at the Stadium and have stories that you would not believe. So the coverage was frustrating that my experiences weren't included but the book sure pulled them out of my memory bank.

Lots of new stories too. For example, it was cool to read about Led Zeppelin playing Musicarnival on July 20, 1969 and cutting the show short so they and the audience could watch the moon landing. I wish some of the Front Row stories I experienced were included. And what about Peabodys, the Pirates Cove, Brothers Lounge, Smittys on 55th, House of Swing and others?

So much more happened at the Euclid Tavern and other venues than what is included in the book. I recall when a guitar player named Stevie Ray Vaughn played the Variety and the entire audience was made up of local musicians - mainly guitar players. Nobody else knew who he was at the time.

Don't get me wrong. I enjoyed the book and recommend it to anyone interested in the growth of the music industry and the bands and players that were part of it. Especially if you are of a certain age and spent time going out in Cleveland. It will bring back a lot of memories.

The problem is I want more. Most of those venues require their own book. So get to work Mike and crank out some more.

Debbie Hanson of ClevelandSeniors.com was there for Fred's last TV show celebration in 2012.

Fred Griffith was a TV pioneer that we all got to know and love in his over 50 years on TV. He had more hours on live TV than anyone in the world except possibly for Regis Philbin.

Ben Stefanski was a community leader and philanthropist especially in his beloved Slavic Village neighborhood. He was a history buff who brought that knowledge to current problems such as crime, poverty and clean water.


He worked on numerous projects including the Cleveland Cultural Gardens, regional leader for the Kosciuszko Foundation, worked and accomplished much for the City of Cleveland under Mayor Michael White, and in his earlier years was with Third Federal Savings and Loan, a national financial institution founded by his family.

We were proud that Ben served as Polish Ambassador for ClevelandPeople.com

While the biggest baseball stars will come together at Progressive Field during the All-Star break this July, the Indians and MLB will provide fans with their own opportunity to play and experience the game just a few blocks away 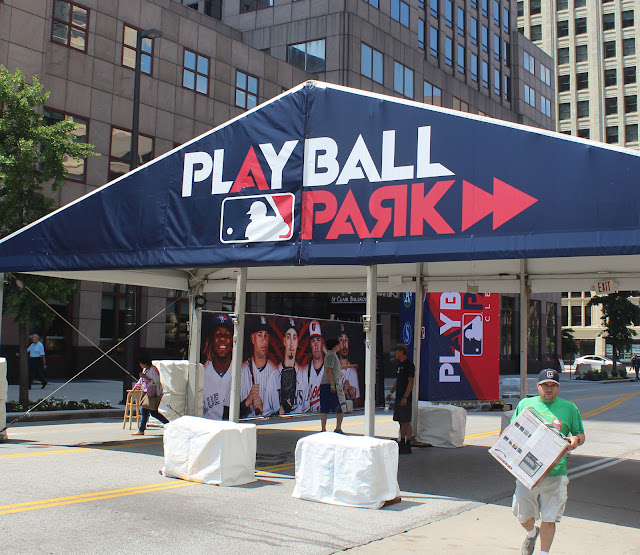 We took a brief tour outside as crews set up for the big event.


The WalkUp area will let fans hear the walk up song that each player has as he approaches the batter's box. 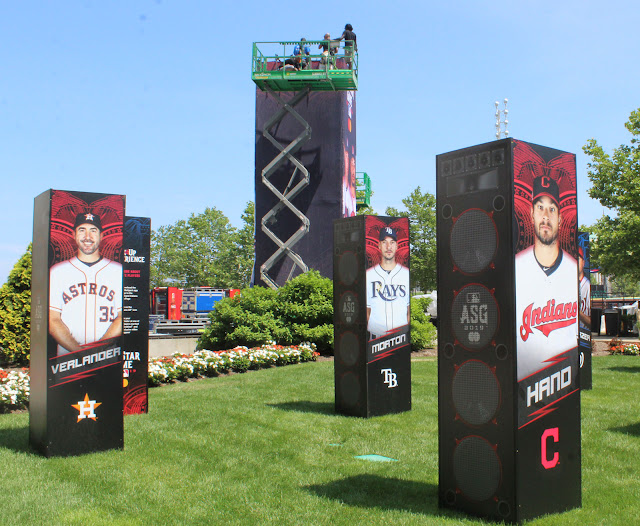 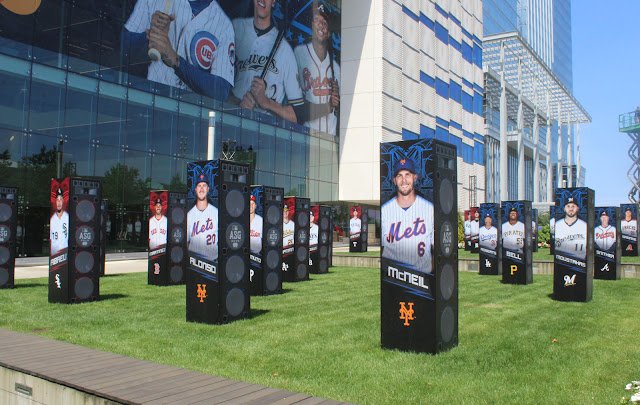