Whether you are old enough to remember when Led Zeppelin was touring and cutting their classic LPs or you have "discovered" them more recently, the band is undoubtedly one of the greatest of all time.

Thanks to Stern Pinball, Inc., you can rock out while playing a terrific pinball game.

Stern Pinball, Inc. is a global lifestyle brand based on the iconic and outrageously fun modern American game of pinball. 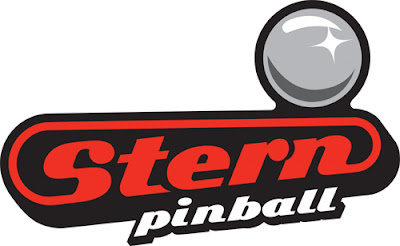 Everyone knows Led Zeppelin. Formed in London in 1968, Led Zeppelin consisted of vocalist Robert Plant, guitarist Jimmy Page, bassist and keyboardist John Paul Jones, and the late, great drummer John Bonham. Together they became one of the best-selling bands with estimated record sales of 300 million units worldwide. In 1995 Led Zeppelin was inducted into the Rock and Roll Hall of Fame for their innovative and influential impact on the entire music industry.

In this high energy rock and roll pinball concert experience, pinball and music are fused together. Players are transported back to Led Zeppelin’s early days and tour the world from 1968-1980. As if players were members of the band playing its music, their play updates game features at the start of each verse and chorus of ten iconic Led Zeppelin songs:

These are high-energy, classic hard rock tunes and some of the Great Lakes Geek's favorites. Yours too I bet.

“There is nothing more energizing and fun than bringing pinball and music together,” said Gary Stern, Chairman and CEO of Stern Pinball, Inc. “Partnering with Led Zeppelin, we created a one-of-a-kind pinball experience. It’s our dream goal to create a pinball machine with this iconic rock band.” 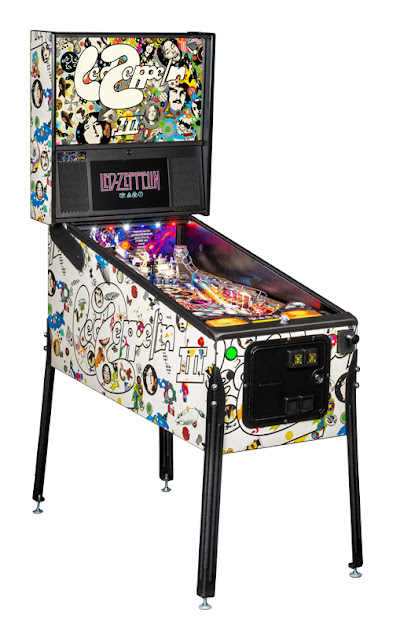 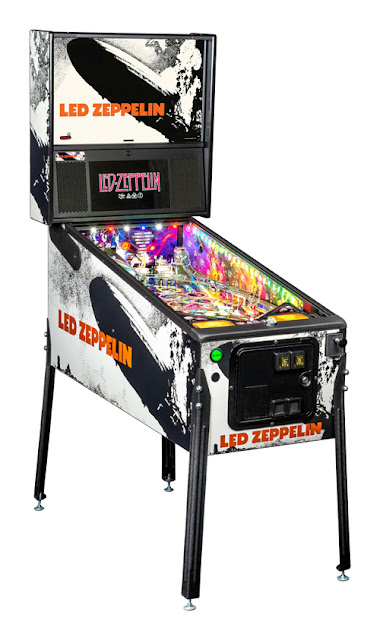 Stern Led Zeppelin Premium Pinball machine
The Premium and Limited Edition models feature an innovative interactive Electric Magic™ toy. This device is a unique motorized toy which rises from below the playfield to create different magical pinball experiences. An optical spinner charges the Electric Magic magnet, capturing and making balls disappear. The Electric Magic device also converts into a physical pinball bash toy capable of locking a ball or launching a ball around the playfield. 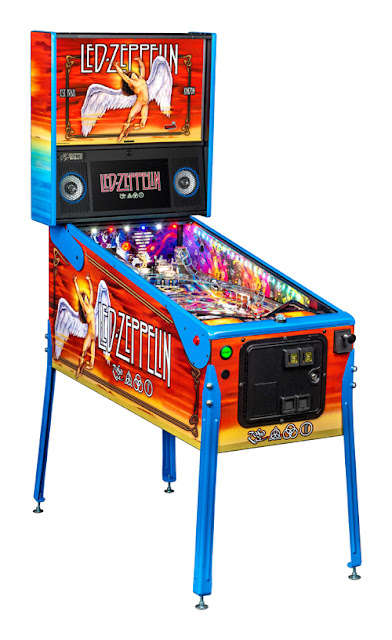 Stern Led Zeppelin Limited Edition Pinball machine
Led Zeppelin pinball machines and accessories are available through authorized Stern Pinball distributors and dealers around the world. Manufacturer’s Suggested Retail Price to USA end-users, before any VAT, GST, Sales Tax, Duties, or other taxes are:Check out this Led Zeppelin Pinball - Game Trailer (57 seconds)
If you can swing it, what a great centerpiece in a man cave, game room, bar, club, wherever. The saying is "If it's too loud, you're too old." I'd update that to "If you don't have a blast cranking the Zeppelin while playing this wild pinball game, you need to have your pulse checked."

Though Covid-19 made CES 2021 a virtual affair, thanks to ShowStoppers we were able to see some of the latest and greatest technology via Zoom press conferences. That includes the very cool Cutii.

Even before the pandemic, seniors often suffered from isolation and loneliness. Throw in stay-at-home orders and the inability to visit or be visited and the problem is magnified. Millions of seniors are isolated and alone. Experts say that Loneliness is toxic, at enormous moral and economic cost. For exampleThe goal of the team at Cutii is to add "Many additional engaged & connected years of living for our seniors at risk of isolation." 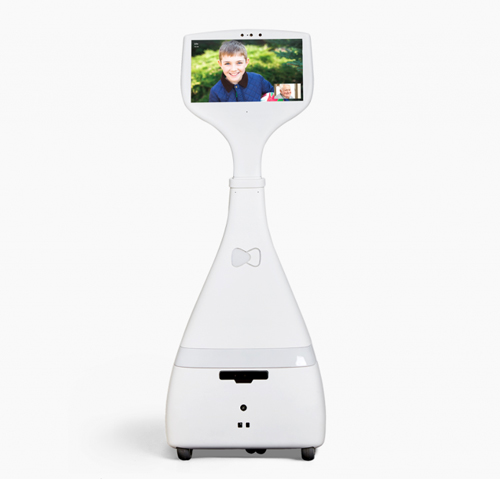 Cutii companion robot with grandson on the display
Cutii is a Companion Robot for isolated seniors. Cutii is designed for friendship. It's a "live-in companion" that learns the design of the senior's room.

Seniors communicate directly with Cutii. It's 100% voice activated and offers 2 way calling and text messages. Cutii can entertain and occupy the mind and body with live activities like Yoga, Tai Chi, poetry reading, games, trivia and so on.

And, of course, Cutii can call for help in the event of an emergency. 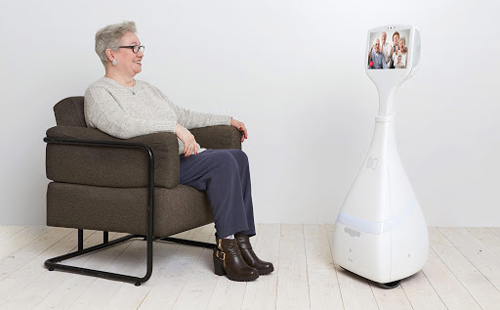 A senior canHere is some of the Technology and IP behind the Cutii.Here is the Value Proposition: 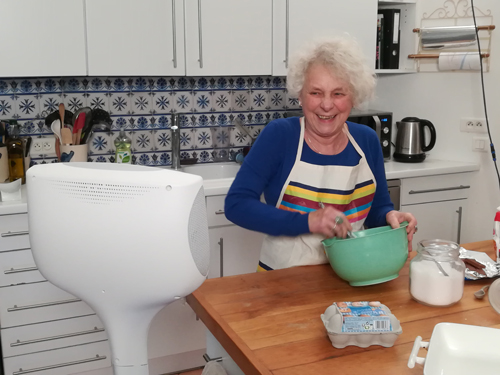 Communal space is pre-mapped & Cutii knows the "points of interest". So a Senior resident can say:"Cutii, come to the sofa." or "Raise your head."

If the senior says "Cutii, I need help" since Cutii is always listening it will kick-off an emergency response workflow. For example:

Of course the live 2-way video could be used for Telehealth consults with Physicians, nurse practitioners, physician assistants, etc. Cutii is secure and private platform developed under EU GDPR regulations.
Posted by Dan Hanson at 1/18/2021 04:49:00 PM No comments:

In this episode of Fun with Maps, host Dan Hanson looks at what has been called the 8th continent – Madagascar. 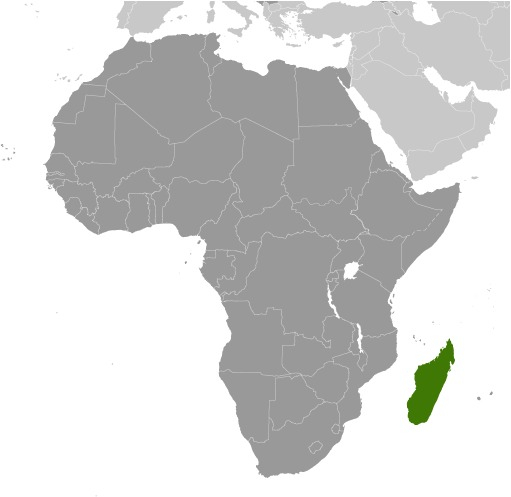 The map shows how isolated Madagascar is from the rest of the world and that makes it a hotbed of biodiversity - 90% of its wildlife is found nowhere else on Earth.  It has varieties of plants and animals that do not exist anywhere else. 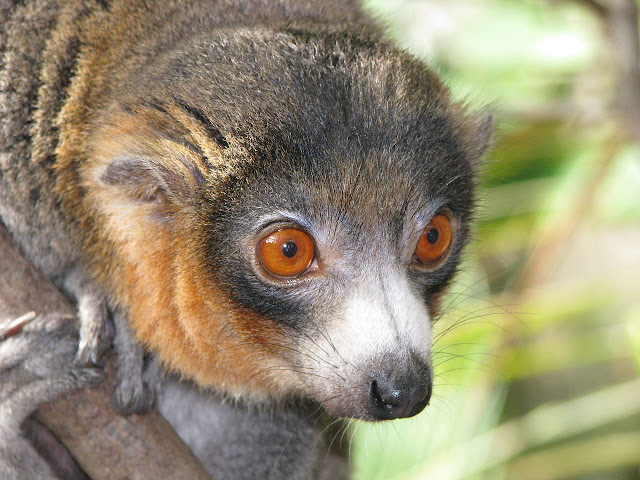 You’ve probably seen lemurs (endemic to Madagascar) but there are thousands of other unique animals and plants such as the fossa, chameleon, the baobab tree and more.

Dan also shows a quick look at the Spiny Desert of Madagascar exhibit in the Cleveland Botanical Garden. 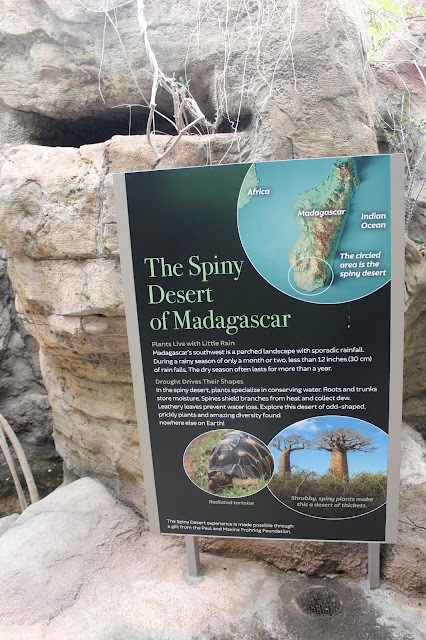 Madagascar is such a unique area and host Dan Hanson had a lot of fun with this map.

Watch the video below.

Fun with Maps - The Upper Peninsula (U.P.) of Michigan

In this episode of Fun with Maps, host Dan Hanson looks at the Upper Peninsula of Michigan.

About 71% of the earth is covered in water but it’s mostly salt water. The Great Lakes are the largest group of freshwater lakes on Earth by total area, and second-largest by total volume, containing 21% of the world's surface fresh water by volume. 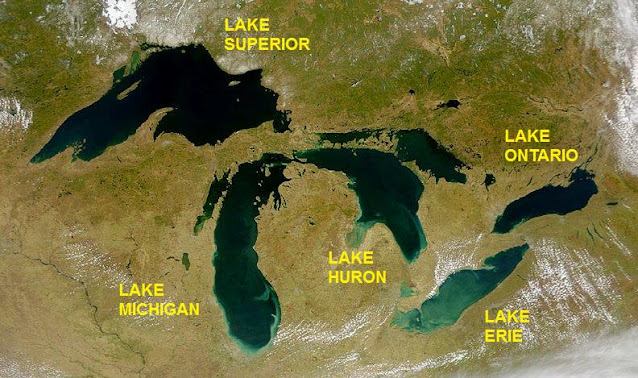 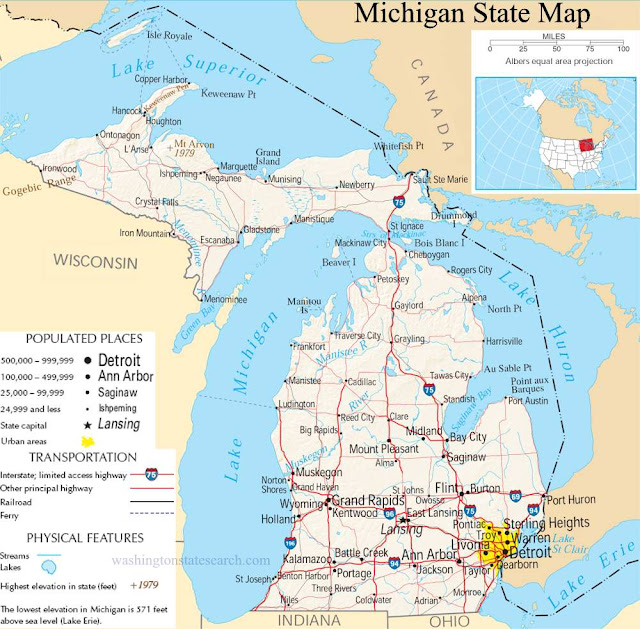 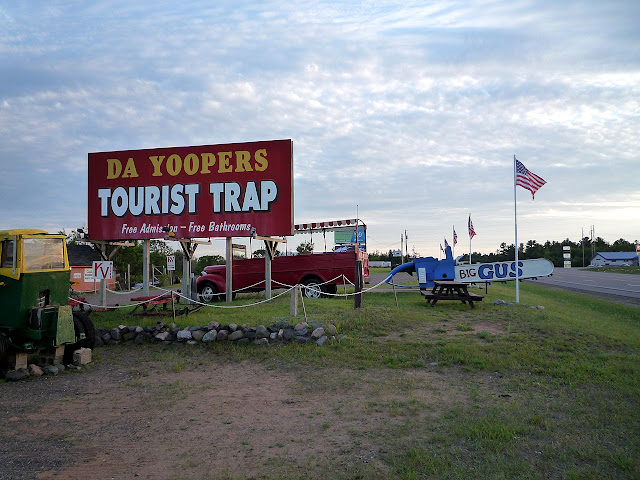 The Yoopers sense of humor

The Upper Peninsula (UP) of Michigan is bounded by 3 of the Great Lakes – Superior, Michigan and Huron.

The 5 mile Mackinac Bridge connects the lower part of Michigan with the UP.  The UP contains 29% of the land area of Michigan but just 3% of its total population.

The Yoopers who live there have a large Finnish population.

It’s a fascinating area and host Dan Hanson had a lot of fun with this map. He also quotes the great Plain Dealer sportswriter Terry Pluto who is a regular visitor.

In this episode of Fun with Maps, host Dan Hanson looks at the remote Polynesian island of Rapa Nui or Easter Island.

Though part of Chile, Easter Island has a fascinating culture and history. Dan focuses on the island’s remoteness, the Rapa Nui people and of course the amazing mo’ai, the Easter Island “head” statues. 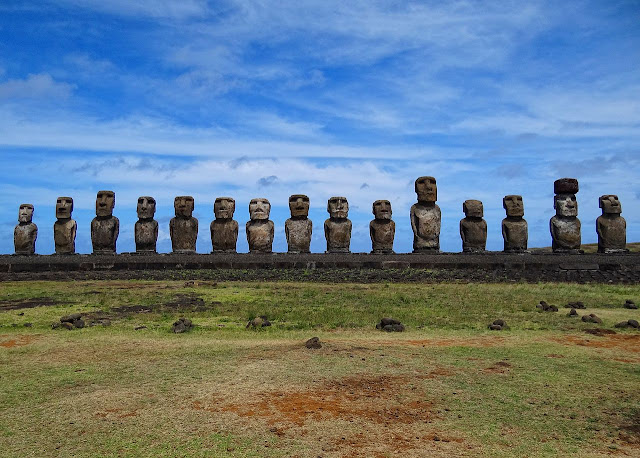 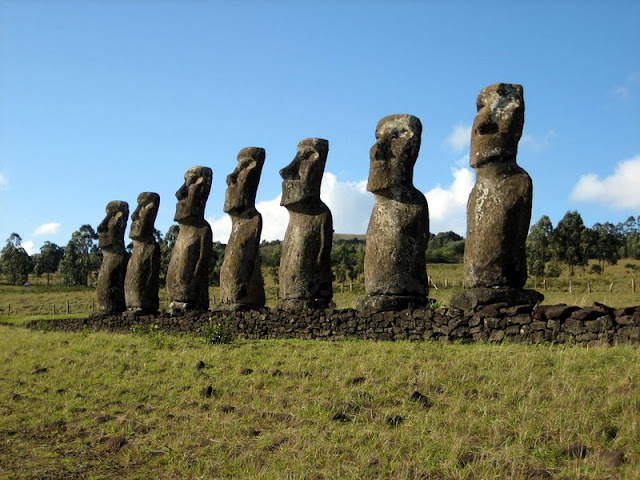 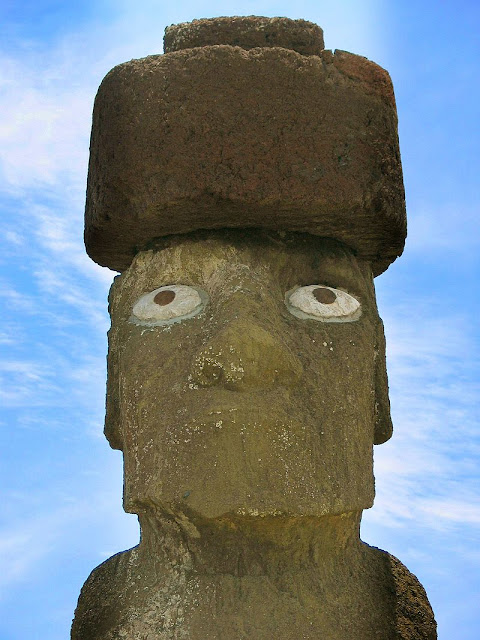 Tell me this mo'ai doesn't look like Bart Simpson!

In this episode of Fun with Maps, host Dan Hanson looks at the long country of Chile. Chile is bordered by the Andes Mountains and the Pacific Ocean and the map has played a big part in its history. 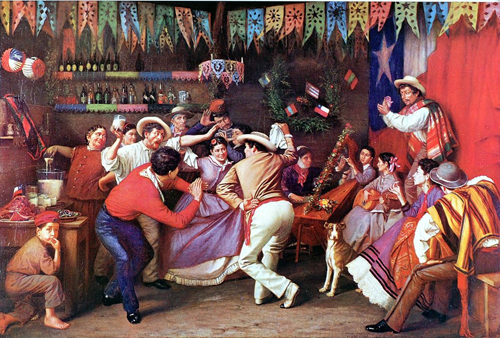 Painting of The Zamacueca by Manuel Antonio Caro. Oil on canvas, collection of the Presidency of the Republic of Chile.

In this episode Dan looks at the Straits of Magellan, the Drake Passage, the huasos, the Mapuche people, Santiago, the largest mountain and volcano in the Americas, the rescue of the miners, interesting Chilean people and more.

Cleveland's newest Hungarian monument to St. Stephen, the first King of Hungary, is a cornerstone saved from the recently demolished St. Stephen Hungarian Church in McKeesport, Pennsylvania (1900-2020). The cornerstone was brought to the historic St. Elizabeth of Hungary Catholic Church at 9016 Buckeye Road in Cleveland Ohio which was established on June 4, 1893. 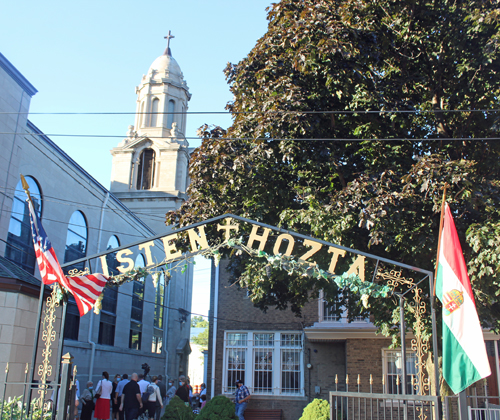 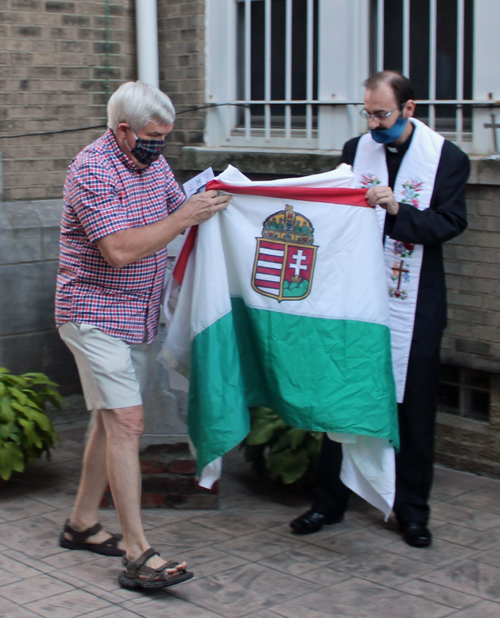 The Church and the United Hungarian Societies (UHS) of Cleveland hosted an outdoor dedication of the monument in the Church's courtyard. 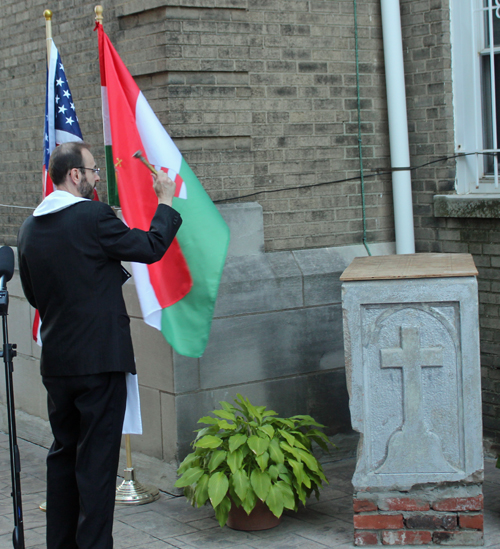 The theme of the dedication ceremony was "Honoring our past by remembering St. Stephen's Catholic Church of McKeesport."

In this episode of Fun with Maps, host Dan Hanson looks at the historic country of Lebanon.  Though small in size the influence of Lebanon and its people is huge.

Tragically, the capital of Beirut was devastated by explosions in August 2020.

Vigil in Lebanese Cultural Garden in Cleveland for Beirut In this episode of Fun with Maps, Dan looks at the major cities, culture, geography, the cedar tree, famous Lebanese people and some fascinating history from the Phoenicians to the present.

In this episode of Fun with Maps host Dan Hanson looks at New Zealand and the Lost Continent of Zealandia in Oceania. New Zealand is home to the Maori people, terrific rugby like the All Blacks team, the haka dance, the beautiful scenery as the setting of the Lord of the Rings and Hobbit movies, Milford Sound and much more.  Modern technology is allowing us to see more of the huge lost continent of Zealandia underneath New Zealand, 94% submerged under the ocean.

More on New Zealanders in Cleveland

Here's a great video of a Haka before a game.

Captive Nations Week was first recognized in 1959 by President Dwight D. Eisenhower at the urging of future Cleveland Mayor Ralph Perk Sr. and Congressmen Charles Vanik and US Senator Frank Lausche. Captive Nations Week has been supported each 3rd week in July by every US president since.

Judge Ralph Perk Jr. is the current (and only the third) president of the American Nationalities Movement. The first president was his father, the late Mayor Ralph Perk. He was followed by Irene Morrow. All three have been inducted into the Cleveland International Hall of Fame for their significant contributions to the region's ethnic diversity and heritage.


The American Nationalities Movement was formed for the purpose of uniting all the nationalities in the United States in the goal to educate, advocate and represent their interests of all the diverse ethnic groups to the public and mostly to the political leaders of the United States. This pursuit of our common interest to achieve an understanding of the complex issues that confront each group individually and collectively and that without our united efforts all of us will be endanger.
Judge Perk gave some opening remarks and then read the current proclamation from President Donald Trump.


The annual Captive Nations week dinner event could not be held because of the Coviv19 pandemic so Judge Perk and a few community leaders gathered (socially distant) in the Czech Cultural Garden in Cleveland.

Fun with Maps – Estuaries and the Hudson River

In this episode of Fun with Maps host Dan Hanson looks at estuaries and then drills down on the Hudson River in New York State in the US.

He also looks at the battles of Saratoga which took place along the Hudson River Valley in the Revolutionary War.